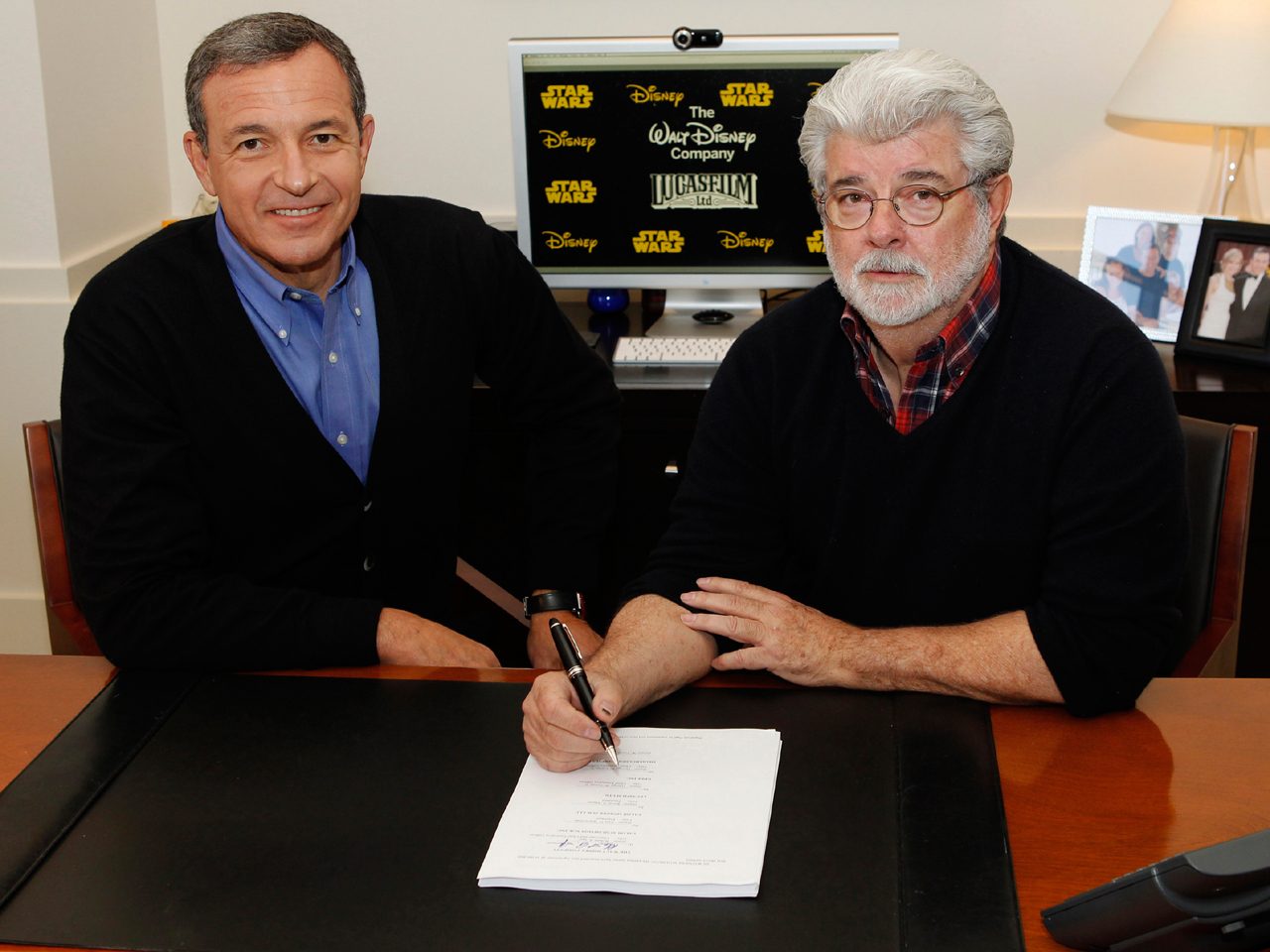 Disney is paying $4.05 billion to buy Lucasfilm Ltd., the production company behind "Star Wars," from its founder/chairman George Lucas, and will be making new films in the "Star Wars" series.

The Walt Disney Co. announced the agreement to make the purchase in cash and stock Tuesday. The company added that "Star Wars: Episode 7," is scheduled for release in 2015, with plans to follow it with Episodes 8 and 9 and then one new movie every two or three years.

"For the past 35 years, one of my greatest pleasures has been to see Star Wars passed from one generation to the next," Lucas said in a statement. "It's now time for me to pass 'Star Wars' on to a new generation of filmmakers."

He added, "I've always believed that Star Wars could live beyond me, and I thought it was important to set up the transition during my lifetime. I'm confident that with Lucasfilm under the leadership of Kathleen Kennedy, and having a new home within the Disney organization, Star Wars will certainly live on and flourish for many generations to come."

The deal brings Lucasfilm under the Disney banner with other brands including Pixar, Marvel, ESPN and ABC.

Kathleen Kennedy, the current co-chairman of Lucasfilm, will become its president and report to Walt Disney Studios Chairman Alan Horn. Lucas will be creative consultant on new "Star Wars" films.