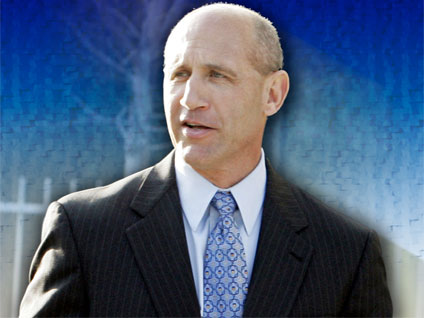 Carona is just one of hundreds of former employees receiving large payouts as the county's retirement system faces a massive shortfall.

Also on the list was former treasurer-tax collector Robert Citron, whose investments, which were made while consulting psychics and astrologers, led Orange County into bankruptcy in 1994.

The California Foundation for Fiscal Responsibility filed a lawsuit against the system to get the list. The agency had claimed that pensioner privacy would be compromised by the release. A judge approved the release and the documents were released late last month.

In Jan. 2009, Carona was sentenced to 5 1/2 years in prison for witness tampering. He was acquitted of charges he took bribes in exchange for the power of his office in a sweeping public corruption case that stretched back to 1998.

The conviction involved a secretly recorded conversation in which Carona attempted to persuade a businessman to match his and other defendants' stories in front of the grand jury.

He is free on bail pending an appeal.

The county's retirement system is facing a $3.7 billion unfunded liability.