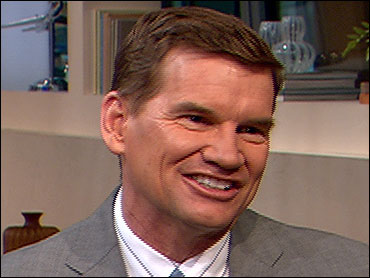 Ted Haggard, the former anti-gay megachurch pastor who fell from grace amid a sex scandal involving a male prostitute, is starting a new church in Colorado Springs.

Haggard made the announcement Wednesday during a news conference at his home, three weeks after he said he filed incorporation papers for a new church.

Haggard resigned in 2006 as senior pastor of the then 14,000-member New Life Church after a male prostitute alleged Haggard paid him for sex over three years. A male church volunteer last year also reported having a sexual relationship with Haggard.

Haggard confessed to undisclosed "sexual immorality" involving the male prostitute, and acknowledged an "inappropriate relationship" with the volunteer, who was 22 when it started.

During the news conference, Haggard didn't directly address the scandal or his role in it, but said he had been broken and his church would be a place for broken people. He said his church would espouse that marriage should be between a man and a woman, but that he would stay out of public policy discussions.

"When the crash came in my personal life it was so embarrassing," Haggard said. "It broke me. I'm still broken, some."

But Haggard said that experience has made him more sympathetic to others and said he feels better qualified to counsel people.

As head of the National Association of Evangelicals, Haggard was a staunch foe of gay marriage and occasionally participated in White House conference calls.

Haggard said there is a "potential possibility" of an another documentary film, this one on the founding of his new church but added there are no plans for a reality TV show.