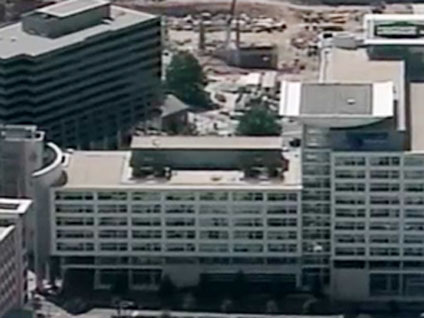 SILVER SPRING, Md. (CBS/AP) A hostage situation is underway at the Discovery Communications building after an armed man reportedly walked into the lobby with explosives, Montgomery County Police say.

Police say the man walked into the lobby around 1 p.m. Wednesday. The man may have at least one hostage.

Faisal Afzal, a systems engineer at Discovery, told the station he was heading back into the building and was about 20 feet from the door when he heard a street vendor yelling.

A person inside the building told The Associated Press that the man had something strapped to his chest and has hostages. The person refused to be identified, saying people inside have been told not to speak to the media.

SWAT teams are on their way to the building, which is located on Georgia Avenue in downtown Silver Spring, a police spokesperson told WTOP.

The building has been evacuated.