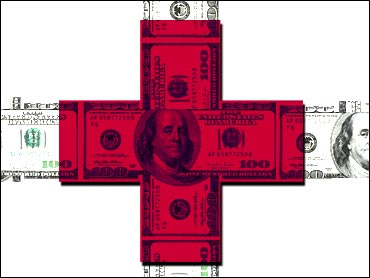 In part one of her report on the American Red Cross, CBS News Correspondent Sharyl Attkisson looks at how the charity is responding to its biggest criminal scandal.


The American Red Cross may be expert at responding to public disasters, but for years it has failed to get a grip on financial disasters at its local chapters.

There's the fundraiser in Louisiana caught padding her own bank account with donations, the manager in Pennsylvania who embezzled to support her crack cocaine habit and the executive in Maryland who forged signatures on purchase orders meant for disaster victims, to name a few.

But the biggest criminal scandal inside the Red Cross surfaced in New Jersey last year. And though it's been kept off the front pages, it ranks among the biggest charity frauds ever.

At the center of the scandal is Joseph Lecowitch, chief executive of the Hudson County Chapter, and his bookkeeper Catalina Escoto.

Escoto allegedly gave herself at least $75,000 in bonuses. All told, prosecutors say the duo stole well over $1 million in Red Cross funds, squandering it on gambling and each other. Escoto pleaded not guilty. Lecowitch died after he was indicted.

"The bookkeeping methods of Mr. Lecowitch and Ms. Escoto leave a lot to be desired," says prosecutor Michael D'Andrea.

The New Jersey fiasco, in which donations and government grants were all stolen, happened right under the nose of Red Cross headquarters. Critics say the reason the Red Cross has so little control over its chapters is that the chapters are pulling the strings: they collect most of the donations, dominate the national board and resist tighter controls by headquarters.

In 1999, Dr. Bernadine Healy was chosen to head the organization. Said to be stunned by what she saw as a cavalier attitude in New Jersey, she wrote a scathing confidential memo to the Red Cross audit committee.

"Many of the controls presumed by you and senior management to be in place are not there," she wrote in a memo dated April 3, 2001. "A routine audit of the Hudson County Chapter … identified financial mismanagement of a potentially criminal nature."

She called reviews by external auditor KPMG "inadequate" because chapters often don't give details of their finances to headquarters.

And in the most telling statement of all: "We cannot assure the accuracy of ... (financial statements) provided to the IRS ... This appears to be a major business and legal risk and would impact many of KPMG's certifications."

KPMG wouldn't comment, but the Red Cross now says the criticism from its then president was way off the mark.

Jack Campbell, the chief financial officer for the Red Cross, denies there have been any problems and says he is satisfied with the financial accountability of chapters over the past three years.

"I think we have an extremely solid system of accountability for our chapters," he says. "Both in terms of financial reporting, internal audits and local guidance and governance."

Regarding the fraud in Hudson Country that allegedly went undetected for years, Campbell says "no control system is perfect."

Dr. Healy, clearly the odd man out in wanting stronger chapter accountability, left the Red Cross last fall. A CBS News contributor, she wouldn't be interviewed for this report. But not long after she raised questions about the chapters' actions, her grave concerns were confirmed; surprisingly by the Red Cross' own auditors.

A report obtained by CBS News highlights some of the trends at local chapters: