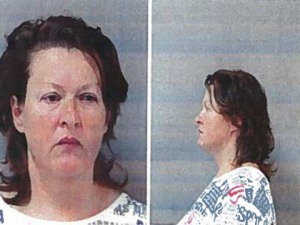 (CBS/WBBM) BERWYN, Illinois - A 49-year-old suburban Chicago woman has been charged with criminal abuse, neglect and child endangerment after her disabled teenage son died amid squalid conditions in their home.

Matthew Degner, 14, was pronounced dead at MacNeal Hospital in Berwyn Thursday afternoon after he was found dead in his back yard. He was lying outside, wearing only a T-shirt, according to CBS affiliate WBBM.

The teen's mother, Lydia Price was charged on Monday with two felony counts of criminal abuse and neglect of a disabled person and three misdemeanor counts of endangering the health of a child, Cook County prosecutors said.

She was released on $100,000 bail after a bond hearing in Maywood on Monday.

An autopsy Friday determined Degner died of bronchopneumonia and his death was ruled natural, according to the Cook County medical examiner's office.

Authorities said three of the teen's siblings were removed from the home, WBBM reported. Three children have been placed under the care of the Department of Children and Family Services. An 18-year-old was hospitalized for an undisclosed illness.

Five children between the ages of 12 and 18, including Degner, were living in the house with their mother.

In addition, about 200 animals were found living inside the home amid squalid conditions, in what animal welfare officials said was one of the worst cases they've ever seen.

At least one Cockatiel -- one of 74 birds found inside -- was missing virtually all the feathers on its back. Its spine was visible from malnutrition. Four rabbits, a guinea pig and two dogs were encrusted with feces.

One hundred and nine cats found in the house had to be put down, WBBM reported. They were never socialized and attacked investigators. They also had feline AIDS and leukemia, said Linda Estrada, president and director of the Animal Welfare League.

Neighbors said they never even knew so many children were living in the house, in such horrible conditions.

"They looked sad, depressed, like something was wrong. They never talked to any of the other children," neighbor Denia Lopez said.

Neighbors said their mother was always gardening. They thought the strong odor at the house was from manure used for gardening, not a home overrun by animals.

"My heart weeps for the children, the animals. That was a hell hole," Estrada said.

All of the surviving animals are up for adoption at the Animal Welfare League in Chicago Ridge. Several rare kinkajous -- nocturnal rainforest mammals found in South America also known as honey bears -- were also found in the home. They were sent to a shelter out of state.