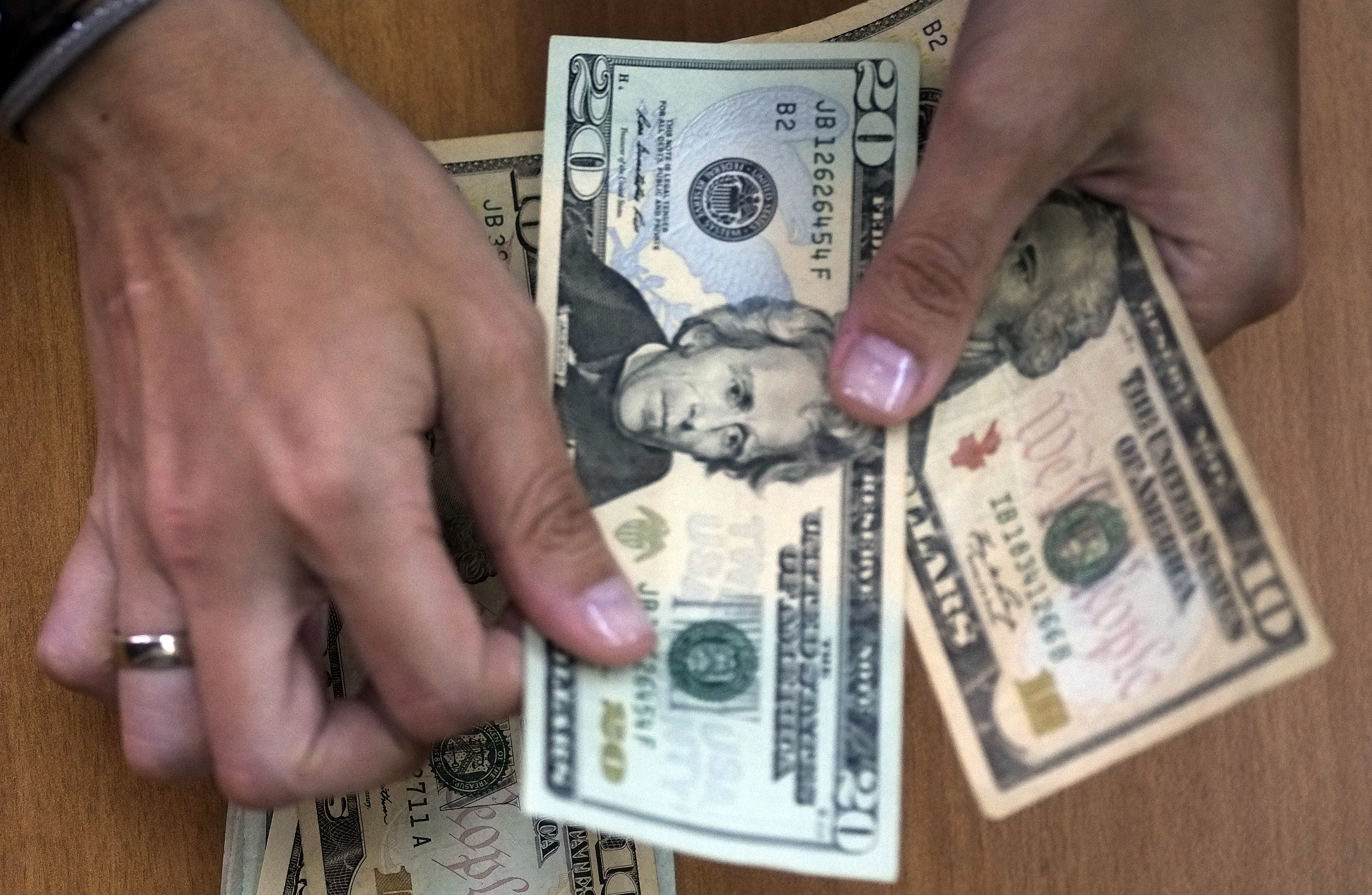 Your money is dirtier than you think.

The dollar bill is home to thousands of microbes -- bacteria, fungi and pathogens that can cause such illnesses as skin infections, stomach ulcers and food poisoning, according to scientists.

Researchers at New York University have identified as many as 3,000 kinds of bacteria living on $1 bills in a new comprehensive study examining DNA on paper currency.

NYU's Dirty Money Project, is part of a larger project looking into New York City's "MetaGenome" -- which seeks to examine the "microbes all around us, they may be able to identify potential health threats, fight flu epidemics, and even chart the environmental impact of major storms."

"The most surprising thing is that we didn't find as much human DNA as we would have thought," said Jane Carlton, director of genome sequencing at NYU's Center for Genomics and Systems Biology, adding that people tend to lick their fingers when counting money.

Researchers extracted DNA from the bills and analyzed them using environmental metagenomic sequencing.

They identified DNA from several different sources including E.Coli (food poisoning), bacillus cereus (food-borne illiness) staphylococcus aureus (skin infections) and about half was from human DNA.

There was a variation between the type of DNA found on the money due to usage patterns, environment or season.

Of the paper bills they examined, researchers discovered that there was viable bacteria present.

Microbes, or microscopic organisms, are found on many surfaces - from restrooms, airplanes and buses. They are transferred through human contact.

And money could serve as a mode of transmission for antibiotic resistant bacteria - posing a threat to human health.

Last year alone, there were 23,000 deaths caused by antibiotic resistant bacteria, according to the U.S. Centers for Disease Control and Prevention.

The average $1 bill is made of 75 percent cotton and 25 percent linen. It has an estimated lifespan of about 22 months, according to the Bureau of Engraving and Printing.

Other countries print their currency on flexible plastic polymer film - to make their cash more durable to normal wear and tear. Some studies have shown that was less bacteria on plastic polymer based currency than cotton cash.

But a study published in Antimicrobial Resistance and Infection Control found that some microbes can have a longer lifespan on plastic polymer cash.

No matter what currency you use, it's a reminder to practice good hygiene to stop the transfer of harmful bacteria.