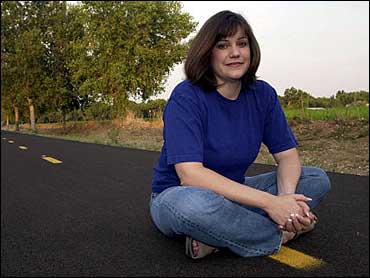 Even people running the copy machines at major publishing houses just had to read "Dirty Girls Social Club," which won a near $500,000 book deal for a first-time author after a bidding war.

Five publishers initially entered the auction for the book. St. Martin's Press landed the whopper - Alisa Valdes-Rodriguez's story of six women who have kept their close association, networking, in the years after graduating from college, where they met.

When the book came in, St. Martin's Executive Editor Elizabeth Beier said: "People all over the company dropped everything they were doing and read it. The characters dance off the page. I can see women all over the country adoring this book."

It was particularly remarkable for a first novel, Beier said.

"At the houses that were the finalists, incredible things happened," said agent Leslie Daniels of the Joy Harris literary agency in New York.

People who saw copies of the manuscript, even clerks making the copies, read parts of it, she said, and went to their bosses with enthusiastic reactions.

St. Martin's plans to publish it next spring.

The six female protagonists, all from different parts of the country, are each written in the first person.

"They're all Latina, different faces of being Latina," Daniels said. "It has a political and social savvy that hasn't been heard from yet in a Latina novelist's voice."

Achieving the six distinct first-person narratives was a challenge that particularly appealed to the author.

"I almost felt like I was channeling them," Valdes-Rodriguez said.

"They're very different," Daniels said. "That's kind of the point of it. They love each other deeply and tolerate each other's differences, but they're enormously different."

And, she adds, "they all feel perfectly licensed to tell each other what to do and how to live." No offense taken, she said - "there's such a strong bond between them."

"I think people have been waiting a long time for a book like this," said the author, the 33-year-old features editor at The Albuquerque Tribune and a former Los Angeles Times staffer.

Daniels agreed: "There's a huge market for books speaking to this Hispanic population. It ... toys with the stereotype of what it means to be Latin. What's breakthrough about this book is that it's inclusive. It speaks to that market in a very particular way, but it's also mainstream."

As with many writers, Valdes-Rodriguez credits a good English teacher for helping her early development. In the 10th grade at Albuquerque's Del Norte High School, with help from teacher Shirley Smith, the teen-ager became "aware of writing and the love of writing and how that was connected to the giant sky."

She still draws inspiration from the New Mexico sky and landscape, particularly bicycle riding among the volcanoes that rise on the mesa west of town and roller-blading on bike trails along the Rio Grande. "There's an energy here - a lot of artists and writers feel it. I connected with it," she said.

Valdes-Rodriguez initially signed Daniels as her agent to sell another book - nonfiction - about Hispanic singing stars. The author, who plays saxophone and clarinet, was a jazz major at Berklee College of Music in Boston before going into journalism.

"She wrote me a very good letter," Daniels said. "I thought (the diva book) was a terrific project. I couldn't sell it."

But she said the publishers liked the author and asked, '"Do you have a novel?"'

So Valdes-Rodriguez wrote one - in six days - and author and agent polished it before delivering it to the publishers.

The auction took four days and several bidding rounds. "I've been involved in auctions, but this was the most exciting," Daniels said.

There's no movie deal yet. But if one is made, what kind of film might it be?