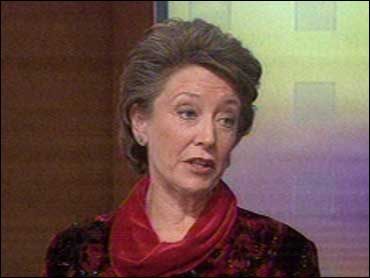 Parents -- don't be so quick to wash dirt off your kids, or have them do it themselves, especially with anti-bacterial soap. You could be hindering the development of their immune systems!

That's the message in "Why Dirt Is Good: 5 Ways to Make Germs Your Friends," by immunologist Mary Ruebush, Ph.D.

On The Early Show Saturday Edition, co-anchor Erica Hill pointed out that such a notion is counterintuitive, especially at a time when everything seems to be antibacterial.

"I understand that," Ruebush responded. "But it's so important for children to develop their immune responses. And without exposure, this cannot happen.

"It's called the hygiene hypothesis. It's been around since 1989. It's not new information. But, absolutely, the failure to expose your children to normal environmental things causes the immune response to turn inward on itself. So the development of allergies and what we call auto-immune disease is clearly related to the increase in cleanliness in our society."

Ruebush told Hill about a colleague "who recommends (perhaps only half tongue-in-cheek) that, when children come in from playing, they should not be washing their hands. They should be licking their fingers before a meal."

"Even after being on the subway in New York City?" Hill pushed. "Who knows what's been on those? If you're holding onto a pole or at a playground somewhere, where do you draw the line?"

"It's difficult to draw the line," Ruebush conceded. "But as a parent, I would simply say, 'Relax.' Mother Nature has built children in order to absorb germs in the environment. The human species has not been on this planet for as long as it has without having an unbelievable, miraculous immune response.

"So let your child be a child. Dirt is good. If your child isn't coming in dirty every day, they're not doing their job. They're not building their immunological army. So it's terribly important."

Letting kids play in the dirt, Hill pointed out, is the first of five immune-system-building steps parents should take for their kids.

Next, "absolutely" wash using regular soap, not the antibacterial kind. "This is one of the (reasons) I suspect I'm not going to be getting a Valentine card from the sellers of antibacterial washes!" Ruebush remarked.

Also, "absolutely" keep vaccines up-to-date. "Vaccinations are an artificial way," Ruebush points out, "of exposing yourself and your child to things that may not be encountered naturally. It causes them to meet the germ without getting ill from it, so it's very important."

Other steps: take care of yourself by getting lots of sleep, drinking a lot of fluids, eating well and avoiding stress.

Last but not least: old-fashioned common sense. "This is what, to me, is so lacking from our society today," Ruebush observed. "Mothers are given this very terrible message that they're not a good parent unless they are being obsessive about cleanliness."

To read an excerpt of "Why Dirt Is Good," click here.