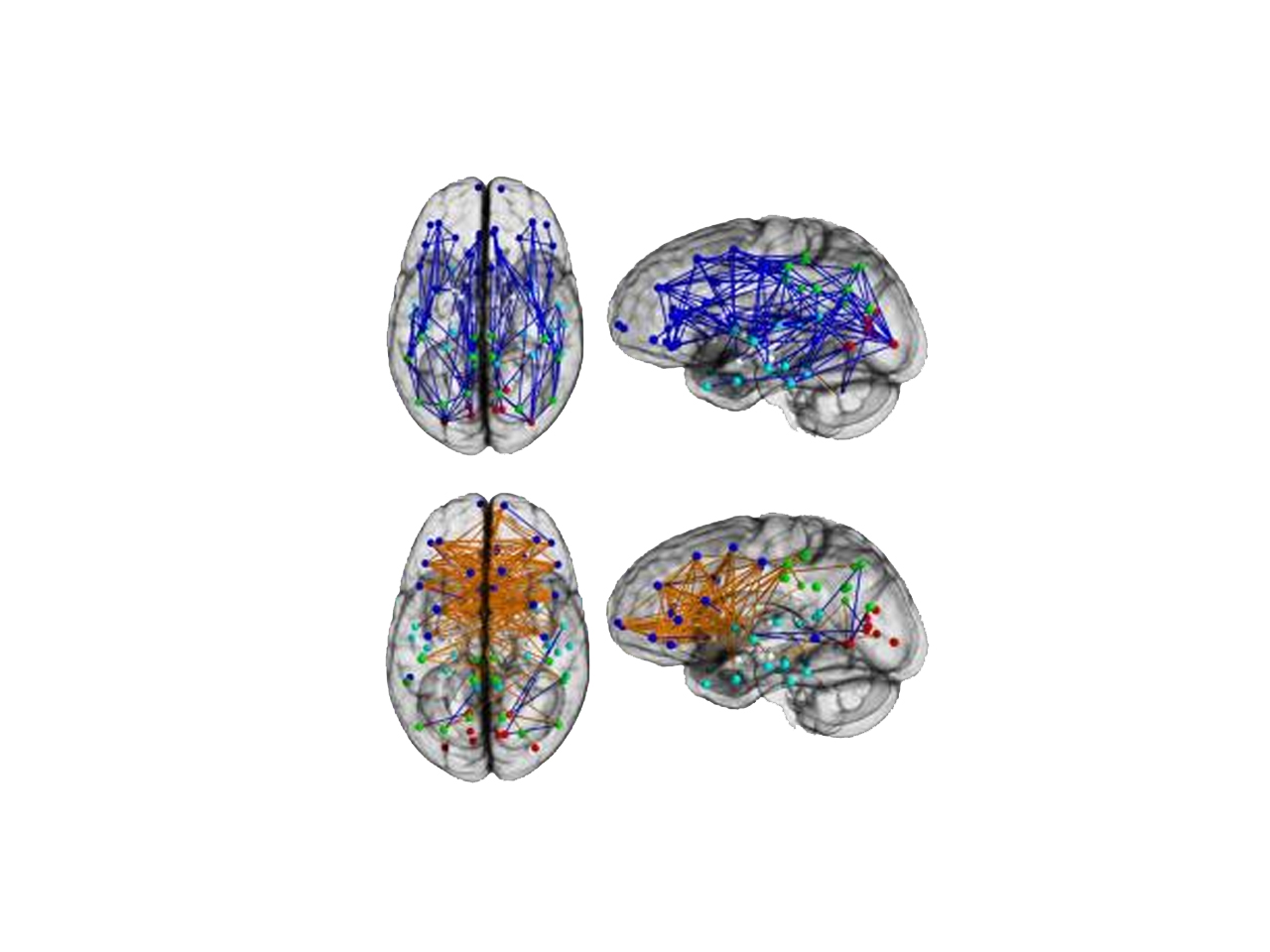 Some differences between men and women may be hard-wired into their brains.

A study published on Dec. 2 in the Proceedings of the National Academy of Sciences found that men have more neural connectivity from the front to back of their brains and within each of the hemisphere than women. Theoretically, this means their brains are more adapted towards tasks involving perception and coordinated actions.

Women, on the other hand, have more wiring between the right and left hemispheres of the brain, making them more adept at communicating, analyzing and having better intuition.

"These maps show us a stark difference-- and complementarity -- in the architecture of the human brain that helps provide a potential neural basis as to why men excel at certain tasks, and women at others," researcher Ragini Verma, an associate professor in the department of Radiology at the Perelman School of Medicine at the University of Pennsylvania, said in a press release.

Men have been shown in previous studies to be better at learning and completing a single task at a time, like cycling or figuring out directions, the researchers said. Women tend to excel at memory and social cognition abilities, which makes them better multitaskers and group problem solvers.

This study is the first to show differences in neural wiring, according to its authors. It tracked 949 individuals -- 521 females and 428 males -- who ranged in age from 8 to 22 years old. Using diffusion tensor imaging (DTI) -- a method that uses water-based imagery to see the fibers that connect different areas of the brain -- the researchers were able to see differences in brain development.

Men had more connections within each hemisphere and within the cerebellum, which is the part of the brain in the back of the head that's thought to be responsible for motor control.

Women on the other hand had more connections in the supratentorial region of the brain, which contains the cerebrum, the largest part of the brain involved in numerous functions like cognition and sensation.

There were a few brain differences in subjects under 13, but the changes were more obvious in adolescents between 14 and 17 years old and adults older than 17, the results howed.

The brain scans were part of a larger Penn behavior study. Other parts of that research showed that men did better at spatial processing and sensorimotor speed, while women did better on attention, word and face memory and social cognition tests. The results for that study were most different between the genders when the subjects were 12 to 14.

"(The study) confirms our intuition that men are predisposed for rapid action, and women are predisposed to think about how things feel," said Paul Zak, founding director of the Center for Neuroeconomics Studies at Claremont Graduate University in California, said to HealthDay.

Zak, who was not involved in the research, said the study showed that men are more adapted to gleaning a quick understanding from a scenario and developing a plan on how to respond to it. Women, on the other hand, combine the knowledge they perceive with other emotional knowledge to figure out their next move.

"It's quite striking how complementary the brains of women and men really are," study co-author Dr. Ruben Gur, a professor of psychology and the director of the Brain Behavior Laboratory at the University of Pennsylvania, said in a press release. "Detailed connectome maps of the brain will not only help us better understand the differences between how men and women think, but it will also give us more insight into the roots of neurological disorders, which are often sex related."