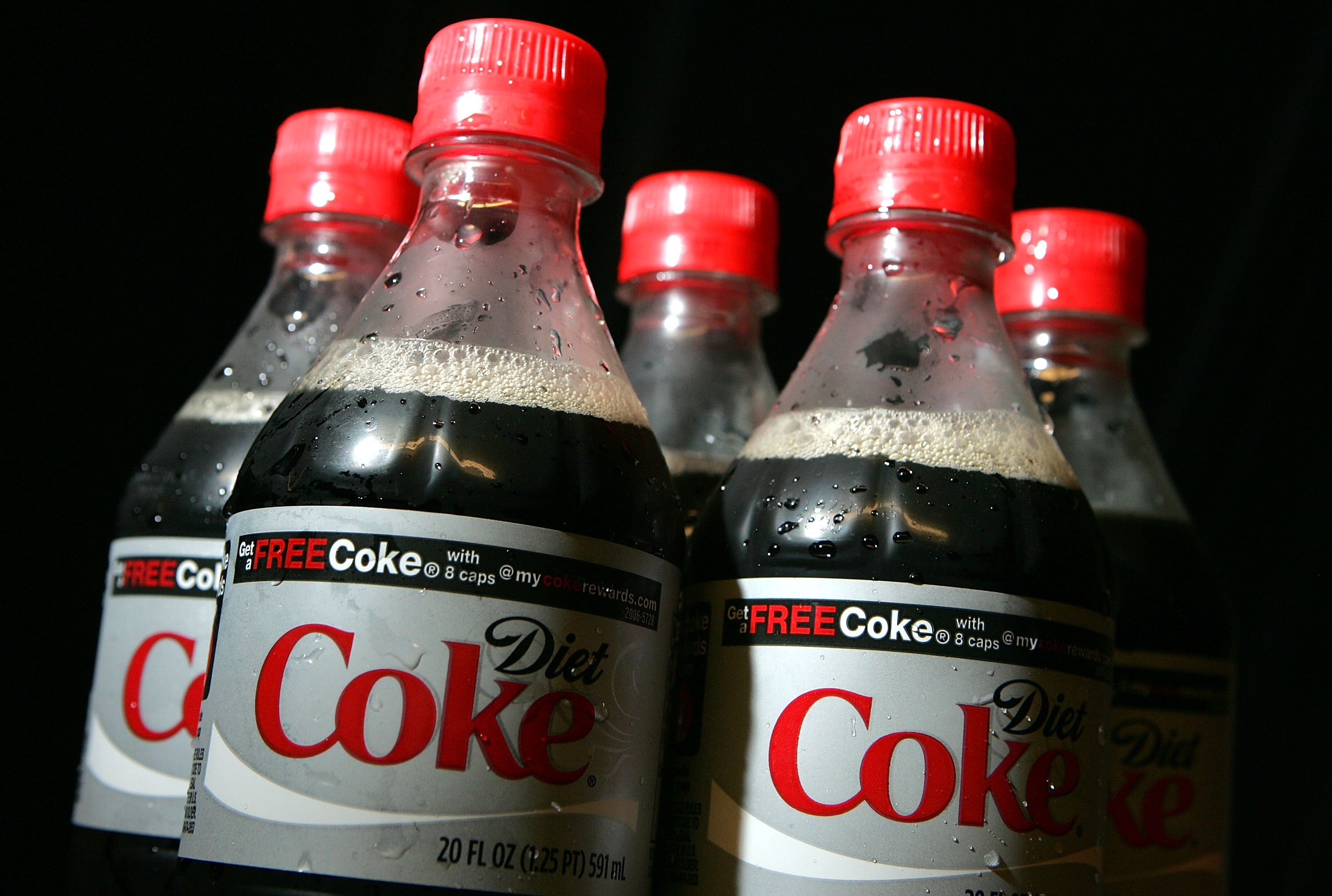 Diet soda may not help you meet your weight-loss goals.

A new study conducted by researchers at the Johns Hopkins Bloomberg School of Public Health shows that overweight and obese adults who drank diet beverages took in more food calories on average than their counterparts who drank the sugary stuff.

"Although overweight and obese adults who drink diet soda eat a comparable amount of total calories as heavier adults who drink sugary beverages, they consume significantly more calories from solid food at both meals and snacks," lead study author Sara Bleich, associate professor in the Bloomberg School's Department of Health Policy and Management, said in a press release.

Researchers looked at information from the 1999-2000 National Health and Nutrition Examination Survey (NHANES), which is a population-based survey that looks at the health and nutrition of U.S. adults. They looked particularly at diet beverage consumption, caloric intake and body weight.

Despite the calories they cut by sipping on diet drinks, researchers found adults who drank diet beverages ate more calories from solid food.

"The results of our study suggest that overweight and obese adults looking to lose or maintain their weight -- who have already made the switch from sugary to diet beverages -- may need to look carefully at other components of their solid-food diet, particularly sweet snacks, to potentially identify areas for modification," Bleich said.

The study was published in the American Journal of Public Health on Jan. 16.

The researchers believe that the artificial sweeteners may activate more reward centers in the brain. This in turn affects a person's appetite, making the diet drinkers eat more food because they don’t think they are getting enough sugar in their bloodstreams.

Dr. Chris Ochner, an assistant professor at the Icahn School of Medicine at Mount Sinai in New York who was not involved in the study, disagrees that artificial sweeteners are squarely to blame.

“Diet soda is not making people fat,” Ochner, who researches obesity prevention and treatment, said to CBS News. “Eating too many calories is making too many people fat.”

Ochner said our bodies adjust to the levels of calories that we are accustomed to eating. For example, if a person is starved for five days,  certain processes kick in -- including metabolism slowing and brain chemistry changes that make calorie-dense foods look more appealing -- in order to help the person survive.

Similarly, the body of a person who weighs 400 pounds who suddenly cuts their calories has to go through an adjustment. But their bodies are so used to the added calories, that they make up for it in other ways like eating a slightly larger portion of cake or having an extra slice of pizza because they crave it.

Instead of picking certain items to cut out of our diet, we should be watching everything we consume all together, he said.

“Everything in moderation -- what mom said is true in life,” Ochner commented.