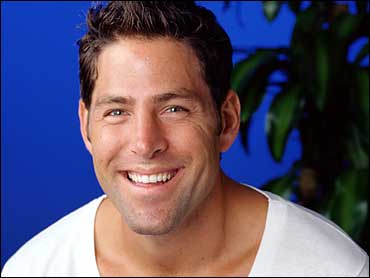 
This episode was a veritable smorgasbord for survivor strategy aficionados. It's day 20 and all of a sudden there are 16 personalities affecting the outcome of the game again.

Shawn's ouster was a bit of a shocker. I was certain that Jon was gone and I think they will rue this decision later in the game. But I can see why they made it. Shawn is out for the following reasons:

As for Osten, it's about damn time. He checked out a long time ago.

Now for the weekly look at the tribal situations:

Loser Tribe Redux: Congrats to them on winning the challenge and forcing Morgan and Drake into difficult decisions. Now, they face a very difficult decision themselves. All six want to come back into the game, but I don't see a six-way tie in our future. I figure the four who don't get back into the game will want the two who do to go all the way. Otherwise, their victory was meaningless.

There are three Drakes and three Morgans on Team Outcast. You have to believe that each three will form a voting coalition so one of their own will get back in. Obviously, Burton has the best chance to come back into the game and win it, so I see him representing team Drake.

Team Morgan is much harder to predict. Nicole, Skinny Ryan and Lillian all lack physical strength. Without that determining factor, I see them selecting the most liked, and that is Lillian.

Then the question becomes which tribe will Burton and Lillian be sent to. If they get to choose, I don't see Burton wanting to go back to Team Drake. He didn't leave on the best of terms and likely wants to take them on in some challenges. I also don't see Lillian chomping at the bit to return to a tribe that she hated. If they make the call, Burton will be sent to Morgan and Lillian to Drake. If they don't make the call, I can't see the producers passing up an opportunity to miss the drama of having Burton and Lillian return to their former tribes. We shall see.

Morgan: Osten is gone and they are better for it. He was a morale killer who was growing increasingly useless at challenges. There's a real good possibility that Burton could be replacing him and that would be a huge lift for them. If they don't get Burton, whoever they get sent won't be much of a threat because all that remain are physically weak people who couldn't form stable alliances. It doesn't really matter in the immediate future as the new member has immunity.

Several episodes back we learned that Andrew had an alliance with Tijuana and Ryan. Watching this latest episode, I began to question if that alliance is still in effect. You could see how nervous Andrew was after they lost the challenge. Tijuana also talked resentfully of Andrew's leader status. To top it all off, there is a video on the official "Survivor" Web site where Darrah refers to having an alliance with two other members of her team. She did look awfully chummy with Ryan and Tijuana at that tribal council and most alliances are formed within the same age group.

If I was playing it safe, I'd say Darrah was the next to go, but I really think there's a chance they might oust fearless leader at the next opportunity.

Drake: After weeks and weeks of wishing it was so, Jon has to be the next one to go. The only reason he survived this time is that Drake hated Shawn a little bit more than they hated Jon. Still, I think Drake's decision was very poor and not just because I hate Jon so much. With Shawn gone, the current makeup of the tribe is basically Rupert and three women. Now, what happens if Burton ends up getting sent to Morgan and Drake gets someone like Lillian?

Drake is now clearly physically outmatched in a game where physical challenges tend to come up at the worst possible time. They should have attempted to stomach Shawn for at least six more days because this next challenge could swing the whole game, but they didn't. This still leaves Rupert, Christa and Sandra as a solid three and Jon on the outside looking in. If they go to tribal council, Jon is gone.

Predictions: It's very tough to predict what will happen without knowing where the two outcast members will land. I do believe that those two members will be Lillian and Burton and that Jon and Andrew are the next to go. Without anything to back this up, I am predicting that Team Morgan wins the next challenge and Jon is voted off.