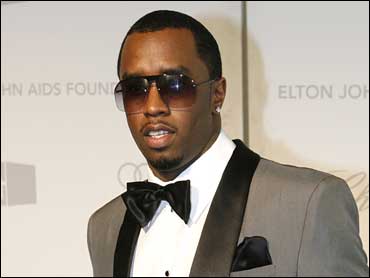 These days it appears that Diddy is today's King Midas. With the success of Bad Boy Entertainment, his clothing line, and a plethora of other successful projects, it seems as if everything he touches turns to gold and even platinum. The 36-year-old was named "one of the world's most influential businessman," by Time Magazine and CNN.

The previous season, "Making The Band 3" ranked No. 1 in its time period and produced the all-girl group Danity Kane, whose album debuted at No. 1.

These accomplishments might be enough for some, but not Diddy. He's teaming up with MTV for a fourth season of "Making the Band." This time the world will get to watch as young men from all over the country compete for a chance to make his new all-male R&B group.

There was also an interactive component of the competition in which aspiring band members uploaded singing and dancing auditions to a Web site for viewers to vote on. Producers then chose three finalists to audition in person for Diddy.

In "Making the Band 4," the top 20 candidates from cities all over the country will vie for a spot in the all-male R&B group. During the audition process, these young men will have to work and live with their competition in a Manhattan loft while trying to make an impression on Diddy.

The season premiere of this hit reality show is Monday, June 18 at 10 pm ET/PT on MTV. To learn more about this season's cast members, you can log onto www.mtv.com.