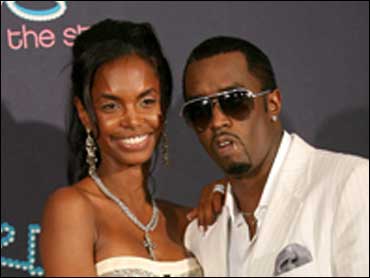 It has been a bittersweet few days for rap mogul Sean "Diddy" Combs who has been sued for $19 million in damages but has also accepted legal responsibility for his sixth child, Chance.

An ex-associate of Sean "Diddy" Combs has filed a lawsuit against the star for more than $19 million. The associate James Sabatino alleges "Diddy" owes him payment for work by the late rapper Notorious B.I.G.

According to the lawsuit, Sabatino flew Notorious B.I.G. to Miami for a 1994 live show and recording where the rapper recorded roughly 17 minutes of freestyle vocals. About 90 minutes of video footage was also obtained from the recording.

Notorious B.I.G. was gunned down while leaving a California party on March 9, 1997 under mysterious circumstances. Combs was part of Notorious B.I.G.'s motor entourage at the time of the shooting. Later that year, Sean Combs agreed to purchase the 1994 footage from Sabatino for $200,000. Sabatino claims Combs never paid him in full.

While one legal controversy opens, "Diddy" put an end to another when he assumed legal responsibility for his sixth child, 15-month-old daughter Chance. The child played a role in Combs' break-up with longtime girlfriend, Kim Porter, 36.

The rapper told the New York Daily News he is "committed to being a good father" to Chance.

Combs representatives previously denied the rap mogul had fathered Chance with Atlanta beauty Sarah Chapman, but "Diddy", 37, explained he had held off acknowledging Chance until DNA tests confirmed his paternity.

"At first, I was sure if this was my child," Combs told the Daily News. "Now that it has become clear she is, I will take care of her for the rest of her life."

Combs arranged visitation and support terms with Chapman. He also has worked to bolster relations with his ex-girlfriend Kim Porter. Porter has taken Combs back before after the rapper left her for Jennifer Lopez.

Sean Combs and Kim Porter have three children between them. Son Christian, 8, is the eldest and last December they welcomed daughters Jessie James and D'Lila Star. Sean Combs has served as a father figure to Porter's son, Quincy. "Diddy" also has a son, Justin, 13, with ex-Misa Hylton-Brim.