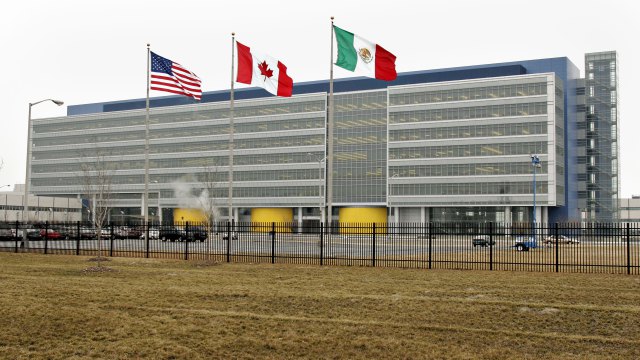 WARREN, Mich. -- A man who stopped a stabbing attack Wednesday was initially asked to leave the GM Tech Center where he worked as a contractor, because he had a gun, reports CBS Detroit.

But the mayor of Warren, Mich., says Didarul "Paco" Sarder, a contracted valet driver at the facility, soon got his job back after outrage quickly spread in the community.

Taylor, who is reportedly Kerr's daughter, walked outside and got into an argument. Police say Taylor pulled out a steak knife and stabbed Kerr several times in the neck, abdomen and back, according to Warren Mayor Jim Fouts.

Sarder saw the attack unfold and rushed to Kerr's aid, pulling out his firearm and ordering the suspect to drop her knife. He then held her at gunpoint until police arrived and placed her under arrest.

Kerr was rushed to the hospital with life-threatening injuries and underwent surgery. She was last reported in stable condition. Taylor was charged with intent to murder and carrying a dangerous weapon with unlawful intent.

After the incident, Sarder was escorted off the property by GM security officials. He was initially told he could no longer allowed to work at the Tech Center because he violated policy by carrying a gun on the property. The decision was criticized by Fouts, who announced on Facebook that it was reversed.

"That decision was over-ruled by higher ups and he now has his job back," Fouts said. "I hope to honor and reward this good citizen for being a hero in time of need. Hero's should be rewarded not terminated."