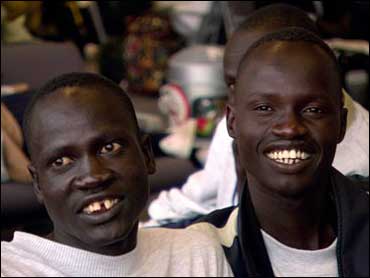 The Justice Department is probing allegations that Microsoft Corp. muscled its closest ally, Intel Corp., in a bid to steer the giant chipmaker away from Internet technologies, according to two reports published Wednesday.

Federal investigators are focusing on a meeting on Aug. 2, 1995, between Microsoft CEO Bill Gates, Intel Chairman Andy Grove and other executives, according to The New York Times and The Washington Post.

If accurate, the reports indicate a rift between the two most dominant companies in the world of personal computing. More than 90 percent of the world's PCs run on chips made by Intel and software made by Microsoft. The alliance is so close that industry pundits often refer to the two companies as one: "Wintel."

Even more significantly, the new probe comes as Microsoft prepares to defend itself against government antitrust charges it has tried to expand its domination of personal computers into cyberspace by forcing computer makers to include its Internet products in new computers. A trial is scheduled for Sept. 23.

At the meeting, Gates reportedly demanded that Intel cease its investments in some technologies that would support the Internet and Sun Microsystems' (SUNW) Java programming language.

Microsoft has developed a rival "flavor" of java after first developing products under a licensing agreement with Sun. Sun and Microsoft have been locked in a legal battle since Sun accused Microsoft of violating terms of the agreement.

Microsoft's attorneys played down the probe. Charles Rule, a former Justice Department official who is advising Microsoft, told the Times companies like Microsoft and Intel often have "minor dispues." An attempt by investigators to "shoehorn this into their case at the last minute shows how desperate they are," he told the paper.