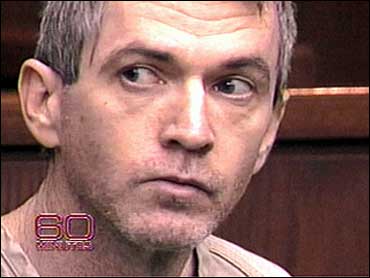 When police in New Jersey arrested a male nurse named Charles Cullen last year, he made a terrible claim. He said he'd killed as many as 40 patients during the course of his nursing career.

Since Correspondent Morley Safer first reported on this story last April, Cullen has begun the process of identifying his victims, and has already pleaded guilty to 16 murders.

The question remains: How could Cullen have worked at 10 different hospitals in New Jersey and Pennsylvania, over a period of 16 years - despite the fact that at seven of those hospitals, he was under investigation, fired or forced to resign?

Apparently, not one of those institutions gave Cullen a bad reference, or told other hospitals he was trouble. It amounted to a policy of "See no evil-speak no evil" – one that gave Cullen, in effect, a license to kill.

Cullen was a critical care nurse who claimed he killed to alleviate the pain and suffering of his victims. And if his confession is accurate, it would make him one of the worst serial killers in U.S. history.

In court, he seemed resigned to his fate: "Your honor, I don't wish to be represented. I don't plan to contest the charges. I plan to plead guilty."

His sister, Lucille Gall, also a nurse, says she thought her brother would recover. "He certainly wasn't considered terminal," she says. "We had been advised by his doctors that he was doing better."

But then, Lucille got an urgent call from her brother's doctor. "And when I got to the hospital, which might have been maybe 20 (minutes) to half-hour later, after the initial phone call, he was already blue, and they were pumping on his chest," recalls Gall. "And I asked them to please stop, because I really thought it was God's will."

And that's what she believed, until a detective showed up on her doorstep four months later. He asked if she knew anything about her brother's medications, including a powerful heart drug called digoxin.

"I knew my brother was on that. And then he told me that the day before, his lab work for digoxin was normal. And on the day that he died, that it was three times the amount," says Gall, who believes her brother was given a lethal dose of digoxin. "I had no question about that. When he told me about that, I said, 'Well, somebody gave him something.'"

Somebody had. After prosecutors exhumed Rev. Gall's body, they confirmed he had been killed by a digoxin overdose. And they already had records showing Cullen had improperly ordered the drug at a rate that was "medically alarming."

Cullen has pled guilty to Gall's murder and to the murder of 12 other patients at Somerset. It was the last stop in a career that could have been ended years earlier, according to John Morganelli -- one of seven prosecutors investigating Cullen.

Morganelli says Cullen was found frequently violating nursing standards from the beginning of his career: "And he's had problems at every institution in some fashion."

At Cullen's first job in 1987, at St. Barnabas Medical Center in New Jersey, he was reprimanded for contaminating an IV bag with insulin.

Apparently, none of this was reported to subsequent employers, as Cullen moved from hospital to hospital - all within a 40-mile radius.

"What it paints is a picture of a fellow that really was, at the very minimal, not competent in his job. At the very worst was just, you know, intentionally violating rules and procedures of hospitals. Setting aside for the moment whether we can prove he actually ever killed anybody," says Morganelli, who has charged Cullen with killing Otto Schramm at Pennsylvania's Easton Hospital in 1998.

Schramm's daughter, Kris Toth, recalls a strange encounter with a male nurse who approached her father's bed, carrying a syringe: "He was a nurse. He was dressed in white. And he wanted to take my father for some test. And I asked what the needle was for, and he told me that was in case my father's heart stopped."

Two days later, she got a call from her father's doctor. Her father died later that night. "He told me that somebody had given my father the wrong medication," recalls Toth, who is convinced Cullen killed her father. "The wrong medication. Digoxin. My dad was not prescribed that medication at all."

Schramm died later that night. Cullen has since confessed to his murder.

Toth says she'd like to ask Easton Hospital how they could have hired Cullen – with his past professional record. "When it comes to health care, why wouldn't these people care? Why wouldn't they do something and check into his background more, or find out why?" asks Toth. "All these people are dead. If they would have stopped this man back in 1998, look how many people would still be alive."

The fact is, hospitals hiring Cullen knew little or nothing about his past - partly because former employers will not go into detail when called for a reference.

"Most employers today, if asked about a former employee, will not say anything derogatory about that former employee. And the reason they won't is because their lawyers will tell them not to," says New Jersey's Attorney General Peter Harvey.

Harvey says hospitals are afraid they'll be sued if they give negative references. And that culture of silence also hampers the state agencies that license nurses. New Jersey's nursing board never received a single complaint about Cullen about his nursing violations, his two suicide attempts, or his conviction for breaking into a woman's apartment.

But what is the point of the nursing board if criminal investigations are not reported to the board?

"The flaw lies in the statutory laws of the state. We have got to have a law that imposes upon health care facilities the mandate of reporting to the nursing board suspicious activity, certainly terminations where they relate to an issue of patient care," says Harvey, who oversees the board. "That requirement exists for doctors. It does not exist for nurses."

Without a law compelling them to report Cullen's behavior, hospitals were able to just pass him along. Perhaps the most egregious example occurred in 2002 at St. Luke's Hospital in Bethlehem, Pa., where Cullen was accused of stashing dangerous medications, and was allowed simply to resign.

A nurse who worked with Cullen says she told administrators he may have used those drugs to kill people. But St. Luke's denies she came forward, even though it was that nurse - not the hospital - who finally alerted the police. They were unable to find sufficient evidence to charge Cullen, and the Pennsylvania nursing board allowed him to keep his license.

"So you have to ask yourself, 'What kind of conduct does it require in order to revoke someone's license?'" asks Morganelli. "It has to be pretty egregious because, based in their eyes, that wasn't enough."

While Pennsylvania was investigating Cullen, he was able to find a new job in New Jersey, at Somerset Medical Center. The hospital says it was not made aware that Cullen was under suspicion, but by last July, they noticed a series of abnormalities in the blood work of four patients. Plus, Rev. Gall had died of a digoxin overdose.

"When Rev. Gall died and this was the second digoxin case and our team of internal people couldn't determine what was causing this, certainly, it went through my mind that possibly someone could be doing this maliciously," says Miller.

Somerset launched an internal investigation, and sought the advice of a leading toxicologist, Dr. Steven Marcus, who told hospital officials they probably had a criminal on their hands. But the hospital's decided to continue its investigation and not inform the police.

Marcus found Somerset's reluctance to call police troubling, and sent an e-mail to the state Department of Health: "...They told me they were not planning on reporting these incidents to anyone, not the Department of Health or the police, until after they mount a thorough investigation."

"I would suggest to you that you and I might've handled it differently if we had gotten information from the same source at the same time," says State Attorney General Peter Harvey, who is coordinating the investigation.

But Miller has no apologies, and believes the blame lies with that code of silence that sent Cullen to his hospital, without a warning.

"The only information that we have available to us, as is with anybody, is what people were willing to tell you and give you," says Miller. "And I think that is, from my point of view, sort of the tragedy in this whole thing. People will not tell you that he's fired. People didn't tell us he was fired. People won't tell you. That's the problem here."

And what about Somerset's own silence? They never told Lucille Gall the real cause of her brother's death.

"I don't know if it surprises me, because I have so many questions. I have to believe that the nurses on the floor saw other things that were going on, and probably reported it to their supervisor," says Gall. "Do I know that for sure? No. Does administration always do something about it? I don't know."

When 60 Minutes prepared this story in April, neither the Pennsylvania Nursing Board nor the nine facilities where Cullen worked prior to Somerset Medical Center would come on the broadcast.

Several of those hospitals, along with Somerset, are already facing lawsuits. And Somerset's Dennis Miller has left the hospital.

As for Charles Cullen, he's struck a deal with prosecutors. In exchange for his cooperation, he'll be spared the death penalty. In New Jersey, that would mean death by lethal injection.