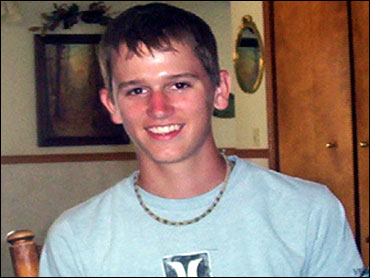 An Ohio couple whose teenage son was injured in a snowboarding accident has filed a lawsuit, claiming his doctors harvested his organs before he was declared dead.

He was airlifted to Hamot Medical Center in northwestern Pennsylvania, where he died.

The suit, which was filed earlier this month, claims doctors and a representative of The Center Organ Recovery & Education (CORE), a group that helps hospitals procure donated tissue, caused Gregory's death by administering medication and by removing his breathing tube.

Michael and Teresa Jacobs also allege that their son had not been formally declared brain dead when surgeons began the transplant procedure.

Hamot and CORE deny any wrongdoing). Hamot says, "The care that Gregory received throughout his course of treatment at Hamot following the severe head trauma he sustained was timely, appropriate and well-documented. Proper consent was received in order for his organs to be donated and the protocols that were followed were consistent with all established donation procedures. Any claims otherwise are completely baseless. ... We will vigorously defend against any accusations of wrongdoing."

A statement from CORE reads in part, "As in all donation cases, CORE followed all regulated medical protocols in the case of the Gregory Jacobs. The allegations against CORE are baseless and untrue."

On The Early Show Monday, co-anchor Maggie Rodriguez remarked to Michael and Teresa that many people would find it "preposterous" that a hospital would intentionally kill a young man for his organs.

Asked why he believes it, Michael replied, "Because they did. I know they did, by the evidence of that my wife has told me."

Teresa says, "The records indicated that they started harvesting procedures including the incision when he was alive. And he was not even pronounced dead until 29 minutes later. That's pretty shocking."

The Jabobs' attorney, Dennis Boyle added, "Our experts are telling us that, had his organs not been taken, he may very well have survived and recovered from this accident."

When Rodriguez noted that, "The hospital will tell you that they did everything on the up-and-up. ... They say Greg met the criteria for death technically."

"That simply is not the case," Boyle responded. "Even the hospital's own records show that he had brain stem function minutes before he was taken to the operating room to have his organs removed. He never met the criteria for brain dead. And, in fact, he never was dead or brain dead. You know, it is shocking, but I saw the hospital statements, and the only thing we can say is we're looking forward to going into court and presenting this evidence."

"To be fair," Rodriguez said, "I should say that the district attorney's investigation concluded that nothing criminal was done. The Center of Organ Recovery insists that they followed all the protocols. There seems to be, from all the investigations, no criminal liability. So why are you so strongly pursuing this?"

What does she hope will come of this?

"I would like to see the ones that are responsible for Greg's killing be held responsible," Teresa said.

Michael, who siged the consent form, recalled for Rodriguez that, "They tell you that your son's brain dead and that his organs can be used for children. It's a process that they use to convince you. When you feel there's no hope or you're told that there's just absolutely no hope and that he will be dead in so many hours, you know, I decided to sign the paper for organ donation. I signed that alone. My wife had no part of that."

Asked what message he has for other parents who may find themselves in that siuation, Michael said simply, "Don't do it. No one -- I found this out after OKing that -- no human on Earth has the right to tell someone else they can take somebody's organs. No piece of paper should ever be allowed. If that person isn't a donor, isn't signed up to be a donor, there should be no question about it."

His voice cracking, Michael continued, "It wasn't my right to do that to my son."

"You sound like you're carrying this awful guilt with you," Rodriguez observed.

"So am I," Michael replied.