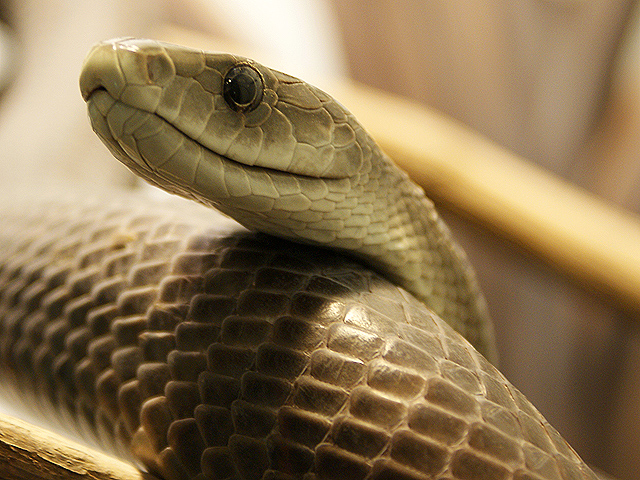 (CBS) Snakes on a plane? How about snakes in your home. That's not always such a good idea, as one New York woman found out the hard way.

On Tuesday, Aleta Stacy, 56, was found dead in her Putnam Lake, N.Y. home - and police suspect her death was caused by a bite by her pet black mamba, one of 75 exotic snakes found in her home, WCBS 2 reported.

The black mamba is one of the world's deadliest snakes, according to National Geographic. It can reach up to 14 feet in length, and is among the world's fastest snakes, moving at up to 12.5 miles per hour. And if the big, fast-moving snake bites, watch out. Unless antivenin is given, the black mamba's bite is considered 100 percent fatal within 20 minutes.

Why didn't Stacy call for help?

"We can't understand why she didn't call 911 right away and things like that," a friend who didn't want to be named told WCBS. "There's a lot of loose ends."

Seeking emergency medical help is definitely the right thing to do if someone is bitten by a venomous snake. What else? Lie down, keeping the bite below heart-level. Cover the bite with a clean dressing, and do your best to stay calm - feeling rattled can speed the spread of venom throughout the body.

Most important, don't apply a tourniquet, open the wound with a knife to suck out the venom, apply ice to the wound or immerse it in water. Those remedies might work on television, but in real life? Not so much.

The CDC has more on snake bites.