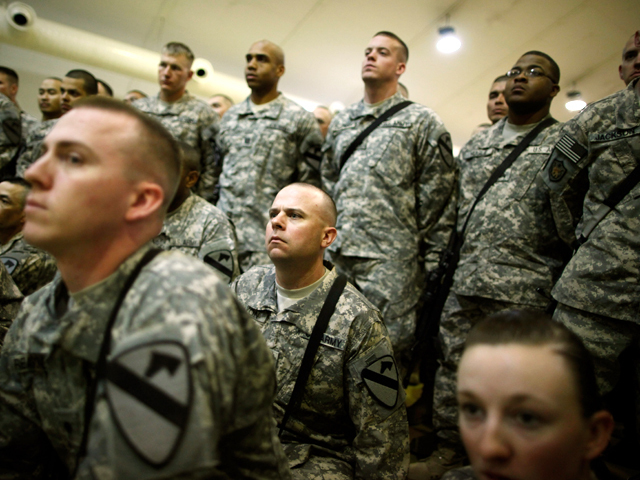 Osama bin Laden may not have been tied to Saddam Hussein, but he caused the war in Iraq. While spending the better part of the decade likely hiding out in an affluent Pakistan town, he also fueled the housing bubble that contributed to the Great Recession. And security measures put in place after his terror network's attacks on Sept. 11, 2001, cost hundreds of billions of dollars in passenger delays.

All of those examples are used in an article posted to the Financial Times' website ($) Tuesday reporting that the now-deceased Qaeda leader cost the United States more than $2 trillion.

The article takes a similar approach to the annual stories about U.S. businesses losing billions of dollars in lost productivity to the NCAA's March Madness basketball tournament. (Debunked by Slate magazine here)

The FT article cites an amount from the non-partisan Congressional Research Service that projects U.S. expenditures on the wars in Afghanistan and Iraq to be $1.8 trillion by 2021. That amount is then put on bin Laden "assuming that the September 11 2001 attacks would not have happened without bin Laden, and that the Afghanistan and Iraq wars would not have happened without September 11."

Extra security measures put in place at airports after the attacks somehow cost Americans an additional $417 billion through passenger delays "and other indirect costs," according to an academic paper the FT cited by professors at Ohio State University and Newcastle University in New South Wales, Australia.

An argument by "some economists" that the Federal Reserve's reaction to the terror attacks of lowering interest rates was also included in the FT's article; however, the FT noted that interest rates were kept low even as the global economy showed signs of recovery from the attacks in 2004.