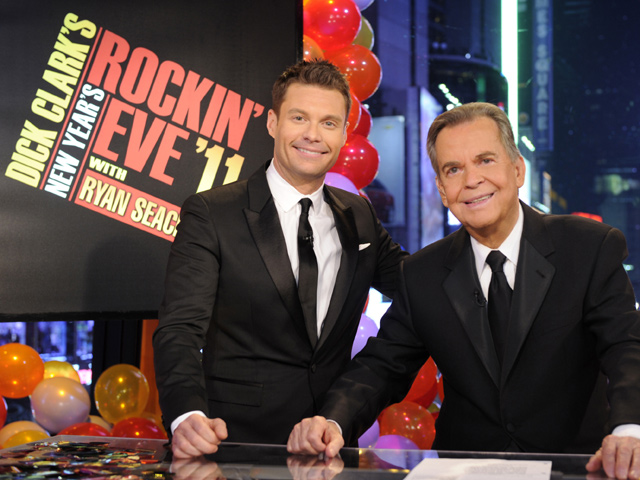 "New Year's Rockin' Eve," with Mr. Clark and Ryan Seacrest, will pay tribute to its own history during its six-hour program Saturday night. The celebration takes up all of prime time on ABC, which includes the ball dropping in New York City's Times Square to mark the beginning of 2012.

This year's headliner is Lady Gaga, who gets the prime slot in Times Square in the moments before midnight. Justin Bieber, Pitbull, Hot Chelle Rae, Florence + The Machine, Gym Class Heroes, Nicki Minaj and Taio Cruz are among the other featured performers from New York and Los Angeles. Beyonce is scheduled to perform from London, where she's on tour.

After Mr. Clark suffered a stroke it's harder for him to communicate, but he still makes his annual appearance.