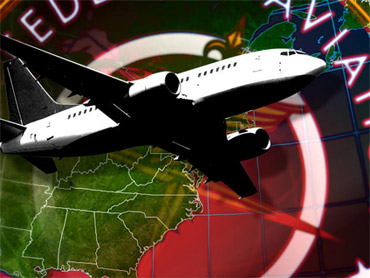 Cameron Diaz was expected to take the stand in a criminal trial that began Wednesday with prosecutors saying a photographer blackmailed the actress by offering to sell back topless photos he took before she became a star.

Diaz would testify Thursday morning in the trial of John Rutter, a photographer charged with one count each of attempted grand theft, forgery and perjury, Rutter's attorney Mark Werksman said. If convicted, Rutter could face up to six years in prison.

Deputy District Attorney David Walgren told the jury in his opening statement that Rutter, 42, waited until Diaz's career blossomed before confronting her with photos from a May 1992 session, when the actress was 19. Walgren said prospective buyers could have paid Rutter up to $5 million, but the defendant asked Diaz for up to $3.5 million.

Prosecutors said Rutter approached Diaz in 2003 with a forged model release form as a way to put pressure on the actress, whose films include "There's Something About Mary" (1998) and "Gangs of New York" (2002), as well as the popular "Charlie's Angels" and "Shrek" movies.

"Defendant presented a forged document and, in essence, attempted to blackmail her out of her money," Walgren said.

Werksman portrayed Diaz as an actress ashamed of her past who was able to persuade the district attorney to do her bidding because of her celebrity status.

"This is a case of a rich and powerful movie star who through this prosecution is seeking to crush and destroy John Rutter," Werksman said. Rutter went to her first "fully expecting in good faith to make a deal with her," he said.

"John Rutter had every right to sell those photographs to everyone, including he could sell them back to Cameron Diaz," Werksman said outside court. "And if the model release was forged, he didn't know it, and he thought it was genuine."

Diaz contacted police after Rutter approached her and a search of Rutter's apartment studio found an "overflowing amount" of evidence, Walgren said. Prosecutors initially charged Rutter with extortion but that charge was later dropped.

After opening statements, four witnesses took the stand Wednesday, including two former models at the agency Diaz was associated with, Elite Models. Also testifying was the director of the agency's Los Angeles office, Capucine Castets, and another photographer.

A judge has issued a permanent injunction prohibiting Rutter from distributing the photos. Diaz has also sued Rutter in civil court. That case is pending.