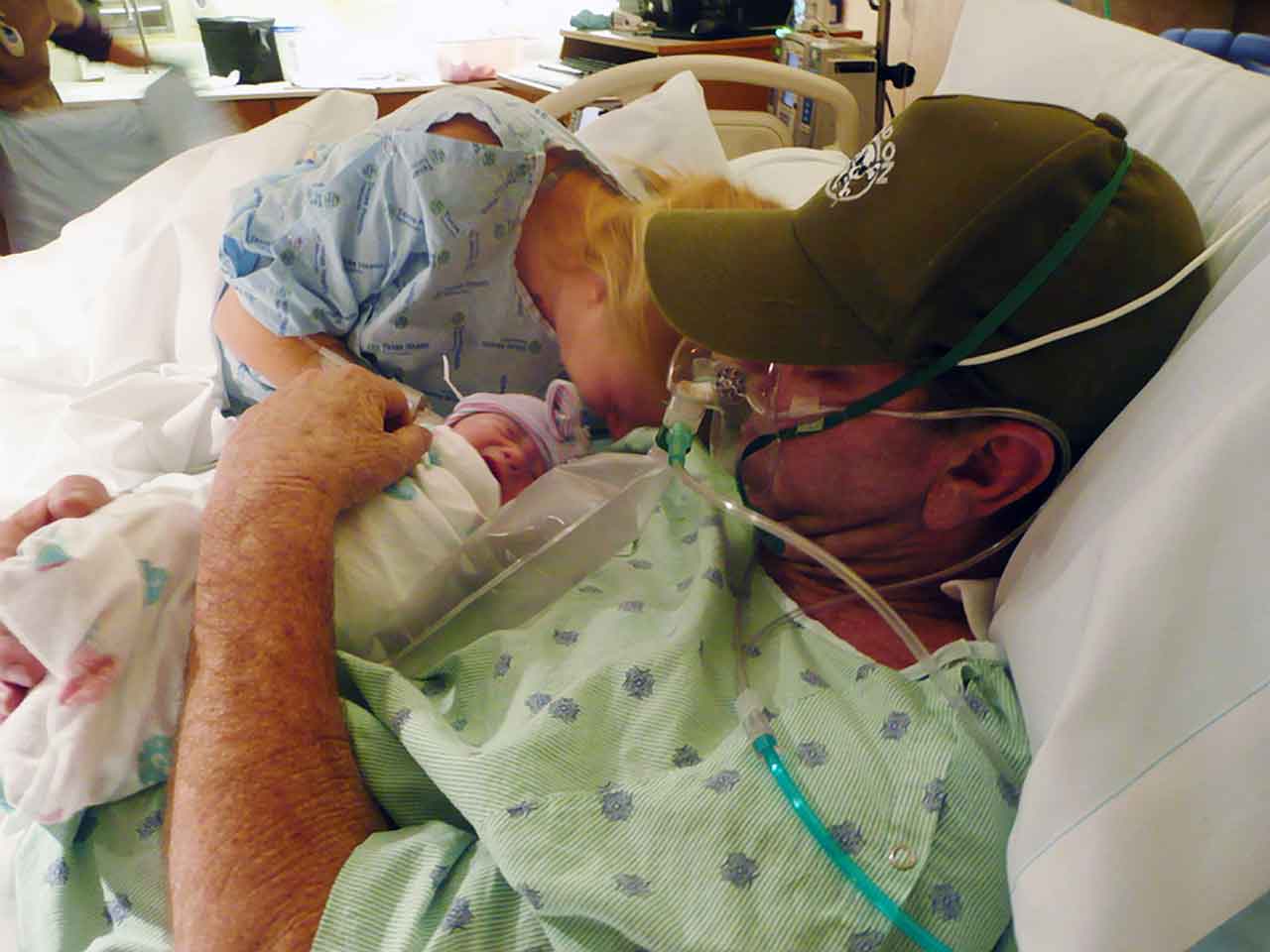 PICTURES: Baby born early so dying father can hug her

When baby Savannah was placed in his arms, Mark Aulger "cried, and he just looked very sad," Diane said. He died five days later from complications related to his cancer treatment.

In January, Diane Aulger of The Colony, Texas, was eight months pregnant when her husband Mark's health began to rapidly deteriorate. Mark, 52, had been diagnosed with colon cancer in April and had surgery, however the six months of precautionary chemotherapy he got badly damaged his lungs, and in November, he began having trouble breathing.

By Jan. 3, Mark was sick enough to go to the emergency room. His wife said he was told the chemotherapy had caused him to develop pulmonary fibrosis, which causes scarring and thickening in the lungs.

The Aulgers were initially hopeful Mark would recover.

"He thought he'd be coming home in a few days with an oxygen tank," Diane said.

But on Jan. 16, the doctor delivered the bad news that Mark's condition was fatal. When Diane asked how long her husband had, the response was a sobering five or six days.

"Mark said, `I'd like to see the baby,'" the 31-year-old mother told The Associated Press on Sunday.

Their baby was due Jan. 29, and Diane had planned a natural childbirth, but when the doctor suggested an induced labor, she immediately agreed. She was already experiencing pre-labor symptoms, and they scheduled the birth for Jan. 18.

Hospital staff arranged for the Aulgers to share a large labor and delivery room.

"Our beds were side by side," Diane Aulger said.

Mark Aulger held his daughter for about 45 minutes after she was born. For the next couple of days, though, he was so tired he was only able to hold her a couple of times for a minute or so. Diane said Mark slipped into a coma on Jan. 21 and passed away two days later.

"I brought her home the night before he fell into the coma," Diane said. "It was just me and Savannah when he passed away,"

Along with Savannah, the Aulgers have two other children, ages 10 and 7. Diane Aulger also has a 15-year-old and a 13-year-old.

Diane said she's been heartened by the nice comments she's received from people who have heard the story. She plans to blanket her home with pictures of her husband and said her children are already doing a good job of keeping his memory alive by talking about him.

"We're living day-to-day as if dad's still here," she said. "We know dad is here with us. They talk to dad. Mark was a very funny, funny dad."