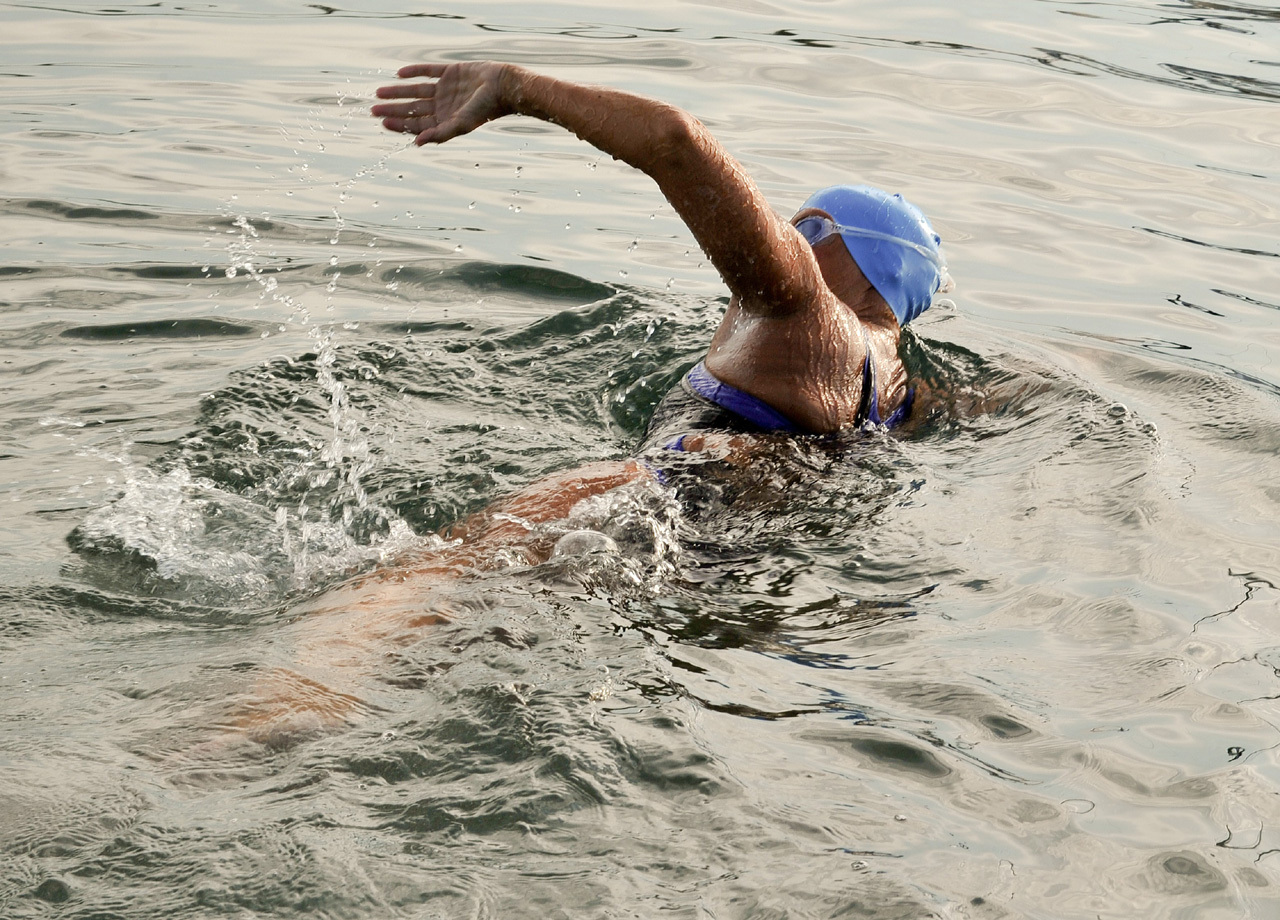 MIAMI — Endurance athlete Diana Nyad said she was disappointed and frustrated that her dream of swimming from Cuba to Florida was dashed by the searing pain of Portuguese man o' war stings.

Nyad ended her swim Sunday about halfway through, telling The Associated Press the stings temporarily paralyzed her spine. Nyad said the pain was unspeakable.

Medics warned toxins from the stings were building up and another sting could be life-threatening.

The 62-year-old swimmer had completed at least 49 miles of the 103-mile passage of the treacherous Florida Straits.

Nyad tried last month, but had to quit after a serious asthma attack made it difficult to breathe.

Nyad said "it's a huge disappointment," but she said she will eventually focus on the positive and her desire to inspire others.

Nyad team member Vanessa Linsley said the swimmer was very swollen from multiple stings to her face and body.

Nyad wore loose bandages and rehydrated on her boat Sunday as her team headed for the Florida Keys.

Well-wishers flocked to social media sites, calling her an inspiration.

Nyad suffered a weekend jellyfish sting that painfully affected her face and eyes and was treated late Saturday aboard a support vessel. But her team tweeted early Sunday that she hit the water again and was continuing her methodical strokes toward her goal. Her website said she had completed more than 34 and a half hours in the water soon after 4:30 a.m. EDT (0830 GMT) Sunday — or more than 93,000 strokes.

Nyad's team didn't elaborate on the specific treatment she received or how long she was out of the water, but a team blog update posted before dawn said she resumed swimming at the "exact spot" where she had paused.

Nyad's attempt at the Cuba-Florida crossing was to fulfill a lifelong dream that she first tried as a 28-year-old back in 1978, when she swam inside a steel shark cage for about 42 hours before ending the attempt.

This attempt was fraught with more than just one sting. Earlier in her trip, Nyad had a run-in with a Portuguese Man o' War that she called "scary" and which left her with stings on her face, arms and side. Complaining of difficulty breathing, she received oxygen and a steroid shot from her doctors and trod water while she recovered from that earlier Man o' War sting.

On Saturday, handlers spotted barracudas in the area and she got a visit from a curious Oceanic white tipped shark that was shooed off by a support diver. Three so-called "shark divers" served as her security detail in the water early Sunday.

Without a cage to protect her, Nyad relied on equipment surrounding her with an electrical field that is harmless but deters most sharks. Her divers gently discouraged any who made it through. But not all encounters with marine life were unpleasant. Earlier in her journey, 10 pilot whales emerged in the distance ahead of the swimmer, according to one team tweet.