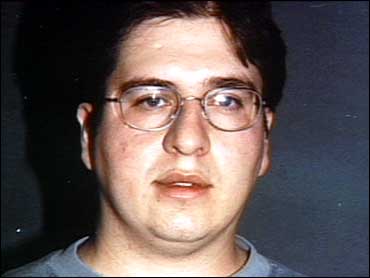 Police in Glendale, Calif., were sure that the man they had in jail was one of the worst serial killers of all time - guilty of as many as 200 murders. So why were they letting Efren Saldivar go free shortly after he first confessed?

Saldivar, reports 60 Minutes II correspondent Scott Pelley, is the kind of serial killer police find it nearly impossible to capture and convict – a health-care worker murdering patients. It happens more often than you might think.

A 28-year-old respiratory therapist with a good reputation, Saldivar was among the employees interviewed in 1998 when police investigated rumors that patients at Glendale's Adventist Medical Center were being murdered. Detectives John McKillop and Will Currie expected to interview Saldivar, clear him and send him back to work.

"As soon as I brought up the idea of taking a polygraph to him," says Currie, "he said that he didn't want to take it. He wasn't refusing to take it, he just said, he told me he would fail it."

When he asked why, Currie said, Saldivar "told me that six months after he started in his line of work he killed his first patient." He had been at the hospital for nine years.

In spite of his confession, police had to let Saldivar go because they had no proof that a crime had been committed.

Saldivar said he used two drugs, Pavulon and succinylcholine chloride, to paralyze his victims and stop their breathing. Some experts said those drugs couldn't be traced after death. And even if they could, the detectives didn't know who the victims might be. All of Saldivar's patients were thought to have died of natural causes.

Police pulled thousands of medical records of people who had died at the hospital and asked Dr. Mark Nelson to look at the charts of 150 patients while Saldivar was at work. He found 50 suspicious cases; 20 bodies were exhumed.

Because experts in the field of forensic toxicology told them they'd never find these drugs in the bodies, McKillop says, they brought tissue samples to California's Lawrence Livermore National Laboratory, most famous for designing nuclear weapons.

There, Dr. Brian Andresen worked 16-hour days for a month running the samples through 200 varieties of chemical filters. On a hunch, he used a process originally designed to find the residue of chemical weapons. It was a failure in the weapons project, but it was able to show traces of Pavulon in the tissue samples.

Nearly three years after he first confessed, Saldivar was arrested again. He was so sure police wouldn't find the evidence that he never strayed far from Glendale. He confessed a second time, and now he's in prison for life.

Saldivar didn't want to talk to 60 Minutes II, but another serial killer in Ohio did. Donald Harvey is serving several life sentences after being convicted of 37 murders. He estimates they represented roughly half of his victims.

A nurse's assistant in Kentucky and Ohio, Harvey says he started killing nearly two decades before his 1987 conviction. He said he used morphine, cyanide, and arsenic - whatever he had at hand – to kill patients.

How did he get away with it for so long?

"Most of the doctors would be so overworked," Harvey says, "so busy, that a patient could die and the family doctor would not come in and pronounce the person dead. They'd have a resident do that. They just pronounce him dead and send him straight to his funeral home."

He said he was a mercy killer — putting patients out of their misery – but he also said the first patient he killed had just made him angry. There's clearly more to his motive than mercy.

"The doctors go and spend all these years in school," he says. "And they'd always come in with this kind of - superior attitude. You know, 'I know everything.' But yet, they didn't know nothing."

Once he started killing, Harvey says he experienced a feeling of satisfaction, control and power. "Well," he told Pelley, "control and power's about the same thing, isn't it? The way I look at it, you controllin' something, you got the power to do it."

In his first confession, Saldivar, who claimed to have lost count of his victims after 60, said he paralyzed his patients to end their suffering.

But Currie and McKillop, who estimate that Saldivar has killed 100 to 200 patients, said he admitted to them that he killed patients.

"It was workload," McKillop says. "There was no other reason. He would kill patients that would cause he or the hospital staff a lotta work, and that's how he just - more or less thin out the crowd."

The problem is that it takes so long to discover them. Harvey, the Ohio serial killer, was caught only because the medical examiner noticed the smell of cyanide in a man who had been injured in an accident.

Harvey, who says he most regrets getting caught, says he believes there are many such killers out there who are not caught.

"I hope I never get real sick," he says. "Because if I ever have to have surgery, I don't think I'd ever come back out. That's the way I feel. Because I think someone'll help me along."