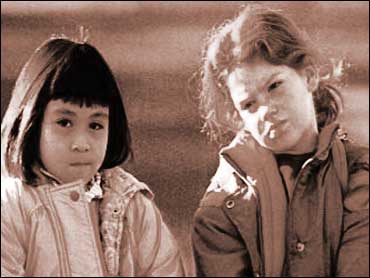 According to the National Institute Of Mental Health, attention deficit hyperactivity disorder (ADHD) affects about 3 to 5 percent of all American children. While the great majority of those diagnosed are boys, experts now believe ADHD may be just as prevalent in girls.

The main reason girls are undiagnosed is that the disorder often exhibits itself differently in them, says Dr. Kathleen Nadeau, a child psychologist and author of "Understanding Girls With AD/HD." Friday, she visits The Early Show to offer tips on spotting the disorder in girls.

Boys with ADHD tend to be more disruptive and act out physically, while girls tend to be less rebellious and are written off as airheads. That said, there are still some girls who act out like boys do. No matter what their sex, though, nearly all children with ADHD don't perform as well in school and have short attention spans.

Another big difference between boys and girls with ADHD is that in boys, the symptoms tend to subside a bit once they hit puberty. However, due to hormonal changes, the symptoms often increase in girls.

Treating girls with ADHD can be more difficult than it is with boys. Ritalin and similar stimulants, which are widely prescribed, can worsen the ADHD symptoms in some girls and cause anxiety.

Failure to diagnosis the disorder in young girls can have serious long-term consequences. Girls with ADHD may compensate for their poor grades by becoming "social butterflies" and engaging in risky behavior such as drugs and sex.