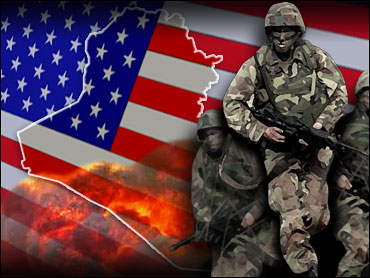 For all the national angst over Afghanistan and Iraq, historians will come to appreciate that sometime after 2001 the United States embarked on a radically different, much riskier, and ultimately more humane foreign policy -- one of both pulling in our horns while at the same time promoting risky democratic reform in targeted areas.

Such a complex and hard-to-define change explains why conservative realists are chagrined by its Wilsonian traits, even as leftist isolationists are equally furious that it is imperial. Mainstream out-of-power Democrats don't like what we are doing because of George Bush, while traditional Republicans stay the course mostly because it is now the party line. But examine the policies of the last four years in some detail and the current charges about empire, hegemony, imperialism, and all the other common invective increasingly make little sense.

The United States, at some risk to its own economy, has essentially opened its entire market to the Chinese -- not just to force global competitiveness within its own industries, or even to flood us with cheap goods, but also to bring the quasi-Communist giant back into the world community.

While Democratic leaders demand hammering the Chinese, and the Europeans erect barriers, U.S. willingness to incur trade debt and not regulate foreign investment has almost overnight jumpstarted China as a global player -- dangerous of course, but perhaps less so if it has a stake in the world commercial order.

India is the same story. Tens of millions of its citizens have overnight seen a revolutionary material improvement in their standard of living. This has mostly been due once again to classical liberalism on the part of the United States, which resisted protectionism and allowed billions in capital and millions of jobs to be outsourced to the Indians -- often at terrible costs in unemployment and readjustment here at home.

As a result while a socialist, subsidized, and protectionist Europe racks up trade surpluses, despite its utopian rhetoric, it does far less to bring others up to Western standards of commerce and consumerism. That might explain why, if the Germans and French do not appreciate us, the Indians and Chinese apparently do. How odd that we worry over the infantile rants of 140 million envious and ignore the begrudging admiration of 2 billion increasingly confident.

Far from being imperial, the United States, aside from its efforts to close military bases here at home -- often bitterly resisted by Democratic congressmen -- is trying to bring troops home from nations that quite unrealistically do not shoulder their own defense responsibilities and seek cover for that abdication through cheap shots at America for both leaving and staying. It was not the Clinton administration that began withdrawing soldiers in large numbers from Germany, took all American troops out of Saudi Arabia, and began redeploying contingents from the DMZ in Korea -- with promises of much more to come.

Confusion also reigns over the American rebuke needed to reform the United Nations. Critics should ask themselves, was the U.N. of 1999 in better shape than today? Then, it was in the midst of a still covered-up, billion-dollar Oil-for-Food scandal, while the shenanigans of the Secretary-General's son went unknown, and horrific regimes served on the U.N.'s human rights commissions. Now, Kofi Annan and other U.N. bureaucrats themselves are suddenly decrying scandal and inefficiency, and calling for reform. We should ask them: why is all that happening now?

And why are troops out of Lebanon today when they were not in 1995? Why is Hosni Mubarak at least going through the motions of holding rigged elections that he would not, say, in 1992? Are the Palestinians better off with the Arafat dynasty of the Oslo days or with the semblances of a democratically elected government -- and did the latter have anything to do with, first, the ostracism and, second, the ignominious death of Arafat, who once was so dearly beloved in European and American capitals?

Despite the torrent of abuse following the March 2003 invasion of Iraq, are Arab intellectuals more or less certain today (than say 1995) that the United States only cares about realpolitik -- and does nothing to promote the democratic aspirations of the Arab people?

Is multilateralism an objective good in all circumstances or only a useful slogan to trash current policies in Iraq? Thus are current efforts to involve many nations to pressure North Korea bad or good? And is the outsourcing of the Iranian bomb problem for a time to the multilateral Europeans cowboyish or prudently communal? Indeed, some who last year called for U.S. unilateral intervention to save Darfur (in the manner they had earlier demanded such steps in Mogadishu) are the first to castigate our efforts in Iraq that have won more of an allied presence than any adventure in the Sudan might.

What, then, is going on under the radar, as leftists here at home continue to fault American foreign policy, even as it is caricatured abroad by European elites?

In some sense, the United States is reverting to its isolationist past by wanting to downsize in South Korea and Europe, convinced that our presence is only resented -- and that if Germany cannot be trusted after 60 years, or if after 50 South Korea cannot take care of itself, then there is not much more we can do anyway.

In other aspects, we are readjusting, taking the pulse of Japan and India and offering them closer ties if they wish -- to allay their worries about radical Islam and Chinese expansionism, but in a way far more subtle than John Foster Dulles's globe-trotting.

By the same token, the United States intervened in Iraq and Afghanistan in the long-term hope that its terrorists and oil-dollar weapons would no longer be threats, and that by constitutional reform there, we could eventually lessen our military presence in the region.

Thus the odd spectacle of Iraqi and Afghan reformers worried that we will not stay long enough, even as the Pentagon is worried that we have stayed too long. The Saudis, Palestinians, and Egyptians are angry that we are too disengaged from them and too intimate with Iraqi, Afghan, and Lebanese reformers. Meanwhile, Muslim Brotherhood types and other Islamists say we are too cozy to autocrats even as they mobilize to subvert the elections we alone are promoting -- while the fearful autocrats damn us as too naïve and too readily caving in to radicals masquerading as democrats.

I don't know what we should call all of this. But so far, no foreign-policy expert has come up with a non-partisan and intellectually honest diagnosis.

Perhaps it is a Zen-like mood we are in, of gradually allowing others to come to the fore, albeit with a warning "Go ahead, make my day, and see if you can do any better on your own."

With the smoke of gunfire yet in the air, the marshal is backing slowly out of the crowded and creepy saloon, but staring down outlaws and with six-guns still drawn.

Victor Davis Hanson is a senior fellow at the Hoover Institution.