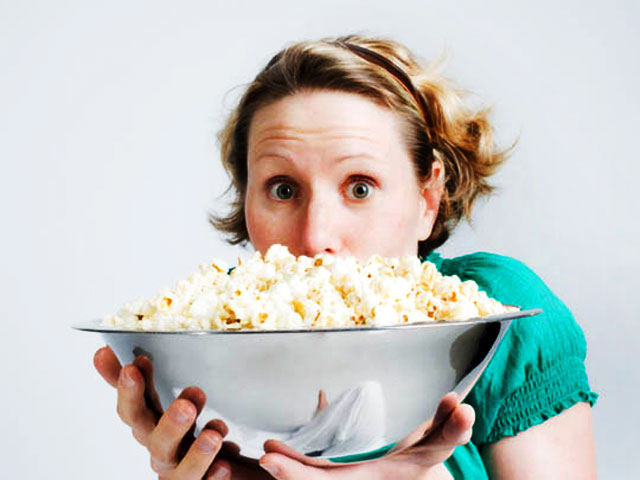 (CBS News) An ingredient used in artificial butter flavoring for popcorn may worsen the effects of an abnormal brain protein that's been linked to Alzheimer's disease.

A new study in Chemical Research in Toxicology examined diacetyl (DA), an ingredient used to produce the buttery flavor and smell in microwave popcorn, margarine, candy, baked goods, and even pet food. It is also created naturally in fermented drinks like beer, and gives some chardonnay wines its buttery taste, according to the study.

Scientists at the University of Minnesota in Minneapolis conducted an analysis of DA, a chemical which previously has been linked to respiratory problems in employees at microwave popcorn and food-flavoring factories.

They found that DA has a structure that's similar to a substance that makes beta-amyloid proteins. Too much amyloid that clumps together to form plaques are a tell-tale marker of Alzheimer's disease in the brain. The researchers wanted to see whether DA would clump those proteins in a similar fashion to form plaques.

They found DA did lead to an increase in levels of beta-amyloid clumping, leading to toxic effects on nerve cells the scientists grew  in a laboratory. The experiments also showed that DA easily penetrated the blood-brain barrier, a layer of cells that is supposed to keep harmful substances from entering the brain but allows other helpful materials to cross. The chemical was also found to mitigate the effects of glyoxalase I, a protein that protects nerve cells.

The study however did not show a cause and effect relationship between the chemical and Alzheimer's, and the results haven't been replicated in people, only in test tubes.

"In light of the chronic exposure of industry workers to DA, this study raises the troubling possibility of long-term neurological toxicity mediated by DA," the researchers, led by Dr. Robert Vince, director of the University of Minnesota Center for Drug Design, said in a written statement.