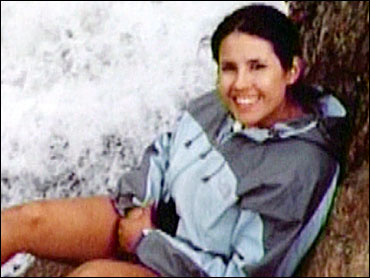 After losing a couple games in a row on the road, the New Jersey Devils actually felt good about returning home to play the St. Louis Blues.

Not that home was a bad place to play last year, but this season the Devils are finally starting to dominate teams in the Continental Airlines Arena.

Randy McKay and Brian Rolston scored in a 2:50 span bridging the first and second periods and the Devils defeated St. Louis 2-1 on Wednesday night, snapping the Blues' four-game winning streak.

"We've got to be pleased with the way we play in our building," goaltender Martin Brodeur said after the Devils won for the fourth time in five games at home. "We've had a little success.

"That was one of the things that was lacking last year," Brodeur added. "We fight all year for home ice advantage, where you know you're not doing well."

The Devils didn't seem to care that this victory wasn't pretty.

"Sometimes we get down on ourselves," Rolston said. "A win is a win. Sure, there are a lot of things we can do better. We wanted to go out there and get two points and that's what we did tonight."

Brodeur had 23 saves and came within 3:50 of recording his second shutout of the season before giving up a goal to Scott Young.

The Devils' ended a two-game losing streak, which included a 3-1 loss to the Blues at St. Louis on Saturday night.

McKay opened the scoring in the final minute of the first period, beating goalender Roman Turek with a shot from the left circle. Defenseman Dave Ellett and forward Tyson Nash both hit Petr Sykora on the play, leaving McKay with a 1-on-1 chance against the goalie with 55 seconds left in the period.

Rolston doubled the lead 1:55 into the second period. He collected the puck behind the net, skated past Craig Conroy and then beat Turek between the legs with a shot that the goaltender didn't appear to see immediately.

Young got the Blues on the board in the closing minutes with a shot from the left faceoff circle that was set up by a lot of hard work by Derek King and Mike Eastwood.

The Blues came into the game having won six of seven games, scoring 27 goals in that span.

"With the exception of the last 12 minutes of the game, we didn't use our key assets, our speed and our ability to move the puck," Ellett said after his debut with the Blues. "We turned the puck over too many times. It wasn't indicative of the way we can play."

The Blues pulled Turek in the final minute and got an outstanding chance to tie the game with a second to play when Pavol Demitra broke in alone on the right wing. However, his shot from the right circle missed the net on a play in which the Devils anticipated the buzzer too soon.

"That was a good chance, but it wasn't a great shot," Blues coach Joel Quenneville said. "It was a long shift and I'm sure some of their guys were tired. We were tired, too. Pavol was at the end of his shift."