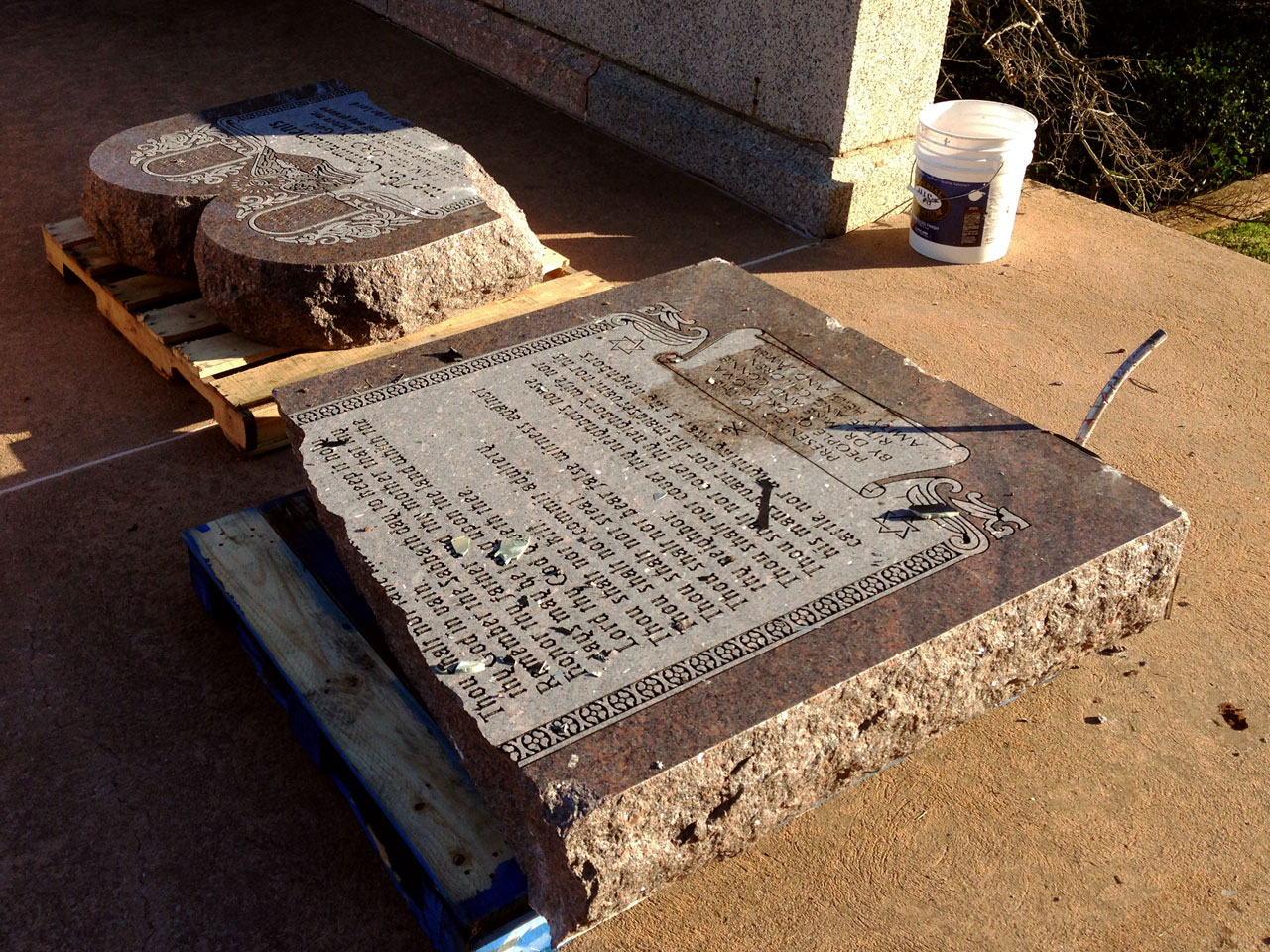 OKLAHOMA CITY - A man suspected of driving a car into a controversial Ten Commandments monument outside the Oklahoma state Capitol is under mental evaluation, according to the Highway Patrol.

"Investigators will continue to look into the case and coordinate with the Oklahoma County District Attorney on Monday, for any possible criminal charges," according to a news release from OHP Capt. George Brown.

Brown did not immediately return a phone call for additional comment on Saturday.

The suspect was taken to a mental health facility in Oklahoma County, Brown said in the release.

The U.S. Secret Service said the suspect was detained Friday after showing up at a federal building in Oklahoma City, rambling, making derogatory statements about President Barack Obama, admitting to damaging the monument and saying Satan told him to do so.

"He claimed he got out of his car, urinated on the monument, and then ran over it and destroyed it," said Secret Service agent David Allison in Oklahoma City. "He said Satan told him to do it, and that he was a Satanist."

Officials told KWTV the suspect admitted that he has been diagnosed with Bipolar Disorder and is off his medication. The suspect also told authorities that he was a Satanist.

The 6-foot (1.8-meter)-tall monument was erected in 2012. The American Civil Liberties Union of Oklahoma has been suing to have it removed, arguing that it violates the Oklahoma Constitution and could be seen as a state endorsement of a religion.

"We consider this an act of violence against the state of Oklahoma," said Republican state Rep. Mike Ritze, of Broken Arrow, whose family spent nearly $10,000 to have the monument erected.

Ryan Kiesel, the ACLU of Oklahoma's executive director, said he and his clients are "outraged" that the monument was vandalized.

"To see the Ten Commandments desecrated by vandals is highly offensive to them as people of faith," Kiesel said.

Governor Mary Fallin released a statement condemning the act, and volunteered to help raise private funds to restore it.

"This monument was built to memorialize the historical significance of the Ten Commandments in guiding our own laws and lives. It is absolutely appalling that someone would vandalize anything at the Oklahoma State Capitol - the People's Building - much less a monument of such significance," Fallin said in the statement attained by KWTV. "Our monument will be rebuilt and restored."

A judge ruled last month that the monument does not violate the Oklahoma Constitution, and ACLU attorneys filed an appeal with the state Supreme Court.