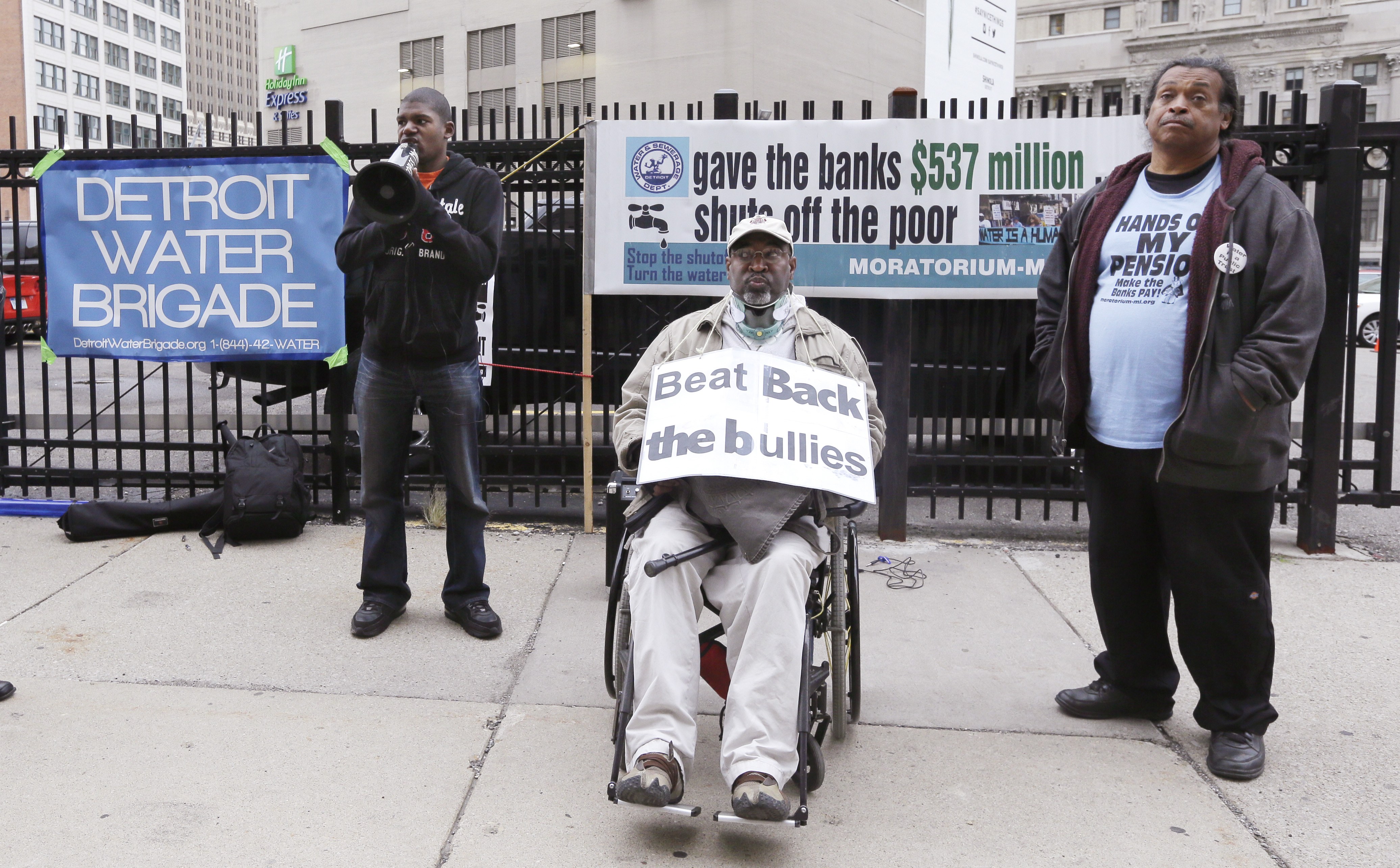 DETROIT -- A judge overseeing Detroit's bankruptcy refused Monday to stop the city from shutting off water if people can't pay their bill.

CBS Detroit reports that the plaintiffs argued they wanted a six-month halt on water shut-offs so a legitimate policy could be created to address the delinquent bills.

Rhodes covered much ground as he read his opinion in court. He said Detroit's recent strategy to get people into two-year payment plans, starting with a 10 percent down payment, was "bold" and "commendable." Roughly 30,000 customers now are enrolled.

Bankruptcy law doesn't grant the authority to interfere with city services, said Rhodes, who also turned aside constitutional arguments of due process and equal protection.

Outside the courthouse, attorney Alice Jennings said she was considering an appeal to U.S. District Court.

Nearly 22,000 homes lost water due to shutoffs from March through August, according to the water department, and 15,251 had service restored in that same period.

The department said it would suffer financially if ordered to supply water without payment. "There are limits" to what the department can do, city attorney Thomas O'Brien said.

Rhodes has taken extraordinary interest in the plight of water customers. The city stopped shutoffs in July for more than 30 days after the judge said they were causing anger and bad publicity. Protesters marched, and even the United Nations criticized Detroit.

In July, a group offered to help pay some of the unpaid water bills for cash-strapped residents.