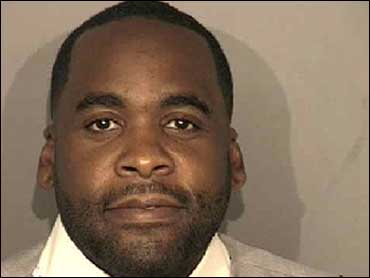 Detroit Mayor Kwame Kilpatrick has been ordered to the county jail after a judge found he violated the terms of his bond by going to Canada and not informing the court.

The ruling by Judge Ronald Giles came after the mayor apologized to the court, saying it won't happen again.

The judge says he would have given the same treatment to any criminal defendant.

Kilpatrick's attorneys immediately headed across town to circuit court where they intended to ask a judge there to release their client on appeal.

"The judge did what he thought was right. We don't agree," said defense lawyer James Thomas.

Earlier Thursday, Kilpatrick waived his right to a preliminary examination and will head to trial on perjury and other criminal charges that could land him in prison for up to 15 years.

He has denied the charges.

Lawyers for the mayor and ex-Chief of Staff Christine Beatty asked Giles to waive next month's preliminary examination. The criminal case now heads to Wayne County Circuit Court for trial.

Kilpatrick and Beatty are charged with perjury, misconduct and obstruction of justice. They are accused of lying about having an intimate relationship and their roles in the firing of a police official.

Giles asked the defendants during Thursday morning's hearing if they freely agreed to waive their rights to a preliminary exam and both said they did.

The judge then set a circuit court arraignment date of Aug. 14.

The preliminary exam - a hearing where a judge determines whether there's probable cause to hold a trial - had been set for Sept. 22.

The Wayne County prosecutor's office on Thursday also asked Giles to punish Kilpatrick because it said the mayor failed to notify the court of a trip to Canada.

Assistant prosecutor Robert Moran argued Kilpatrick should have told Giles of the trip. The mayor went across the border last month to push the sale of the city's half of the Detroit-Windsor Tunnel.

Kilpatrick is required to alert the court of all travel plans.

Kilpatrick and Beatty denied under oath during a civil trial last year that they had a romantic relationship in 2002 and 2003.

But excerpts of sexually explicit text messages recovered from Beatty's city-issued pager and first published in January by the Detroit Free Press contradicted their testimony.

Wayne County Prosecutor Kym Worthy charged Kilpatrick and Beatty less than two months later. Fingerprinted with their booking photos broadcast across the country, the pair were accused of lying under oath about their relationship and about their roles in the firing of a police official.

More text messages released in April revealed the evolution of flirty and sexually explicit exchanges to professions of love and promises of marriage.

Kilpatrick and his high-priced team of attorneys have questioned the authenticity of those and other text messages, while fighting battles on several legal and political fronts.

A split city council voted in February to ask Kilpatrick to step down. The nine-member group later asked Gov. Jennifer Granholm to remove the mayor for misconduct and plans to hold forfeiture of office proceedings against him.

The council accused Kilpatrick of violating the city charter by not revealing a confidentiality agreement linked to an $8.4 million settlement in the civil lawsuit.

Through it all Kilpatrick has remained defiant.