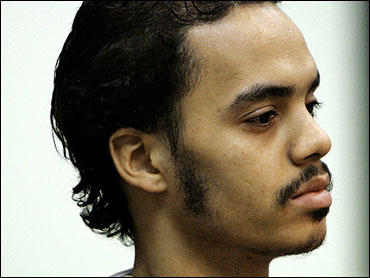 Hours after police plucked him out of a suburban alley, Vincent Smothers dropped a bombshell confession: "I don't have a profession," he told an investigator. "I kill people for money."

Then, police say, he laid out details of how each of eight hired hits happened. He stalked his victims before shooting them at close range. He killed some while talking on his cell phone and fired on others even when they appeared to be lying lifeless on the ground.

Even in Detroit, which had more than 300 slayings last year, Smothers' case is notable: Rarely is one person charged in so many deaths. On Friday, his lawyers planned to ask a judge to have the confessions thrown out, arguing he was worn down while in custody. Police deny it.

"He'd been accused of doing so many, he just wanted to get it over (with)," said Detective Sgt. Ken Ducker of the Michigan State Police.

Police say the work paid $60,000 over two years, although Smothers did one job for as little as $50. All but one of his victims were involved in drugs. The exception was a police officer's wife.

At 6-foot-1 and less than 150 pounds, Smothers said he didn't raise suspicion, according to a police account of the confession. He was able to walk up to two Chicago men in town for a drug deal in May 2007 and ask if they needed help with their car, which was parked with the trunk open near an interstate.

"He said, 'Naw, young fellow.' ... Once he turned where he couldn't see me, I pulled the pistol out and shot him in the head," Smothers told police.

He said he fired through the windshield and the passenger window while the other man tried to honk the horn to attract attention. Smothers changed weapons without hanging up the phone with the man who hired him. The pay: $15,000.

His last alleged slaying-for-hire was Rose Cobb, the 47-year-old wife of a Detroit officer, on the day after Christmas 2007, according to the confession. She was sitting in her van outside a pharmacy when Smothers, wearing a ski mask, broke a window with a tire iron and shot her in the head.

"My stomach was in knots," he told police. "I felt like she was innocent. ... All the rest were dope dealers."

Smothers said Cobb's husband, David Cobb, arranged the killing while having an affair. The sergeant was never charged but hanged himself in September.

The confessions were evidence at a series of hearings over the past year where judges found probable cause to put Smothers on trial. Police also have tapes of the interviews.

Defense lawyer Gabi Silver doesn't dispute the words but claims Smothers, 28, was coerced with promises that his wife would not be charged with helping him.

"The interrogation was extremely long and unfair. ... The confessions were the product of duress," Silver said in a recent filing in Wayne County Circuit Court, where Smothers faces six trials.

He spent nearly four hours in April 2008 confessing to Cobb's death, then went on to talk about the other killings, chief investigator Ira Todd said. Smothers seemed remorseful, he said.

"I knew at the time these crimes were committed they were wrong and that there would be a price to pay," he wrote. "After Cobb's wife, I could no longer have anything to do with murdering people.

"I can't bring them back," Smothers wrote, "but I hope this allow their families to know that someone is going to pay behind what happened to their loved ones."