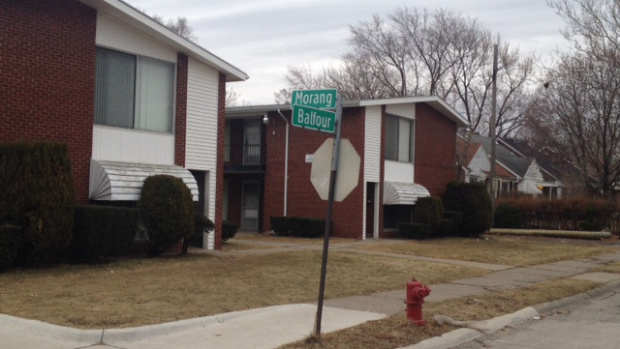 DETROIT, Mich. - A man is hospitalized in critical condition after he accidentally hit an 11-year-old boy with his pickup truck and was subsequently beaten by a large group of teenagers, reports the Detroit Free Press.

The collision occurred around 4:10 p.m. Wednesday, according to the paper. The unidentified 54-year-old driver reportedly got out of his vehicle to check on the boy and was assaulted, said Detroit police Sgt. Michael Woody.

"My understanding is that it was a low-speed accident. It was exactly that - just an accident," Woody said. He also told the paper that the boy stepped off a curb, putting himself in front of the truck. "The man did try to stop and render aid. He did everything he could exactly right."

Debra Hughes, a registered nurse, told CBS Detroit that she witnessed the attack and claimed that it was a group of mostly teenagers who beat the man unconscious. She intervened to break up the violence.

"[The victim] was already down, bleeding from the mouth and the nose - so there wasn't nothing else they could do to him but kill him," Hughes told the station. "Then the EMS came and I kept him calm.... He had the biggest gash on his head I ever seen - he was bleeding from the mouth and he was unconscious when I first got there." According to CBS Detroit, the man's wallet was also stolen.

The victim of the beating was still in critical condition as of 7:30 a.m. Thursday. Woody told the Free Press Wednesday night that the man might die from the multiple serious head injuries he sustained. He also said that police do not believe the man broke any traffic laws in the initial collision.

Police have not identified any suspects in the attack, according to the paper. "We really need some help to figure out what exactly took place, why this man was beaten so horribly badly," Woody said.

Both the man and the 11-year-old were taken to St. John Hospital on Wednesday. Woody told the Free Press that the boy's injuries were less serious. CBS Detroit cited reports indicating that he suffered a broken leg.

Anyone with information about the collision or the beating is asked to call Detroit police at 313-596-1616 or Crime Stoppers of Michigan at 1-800-773-2587 to remain anonymous and possibly receive a cash reward.