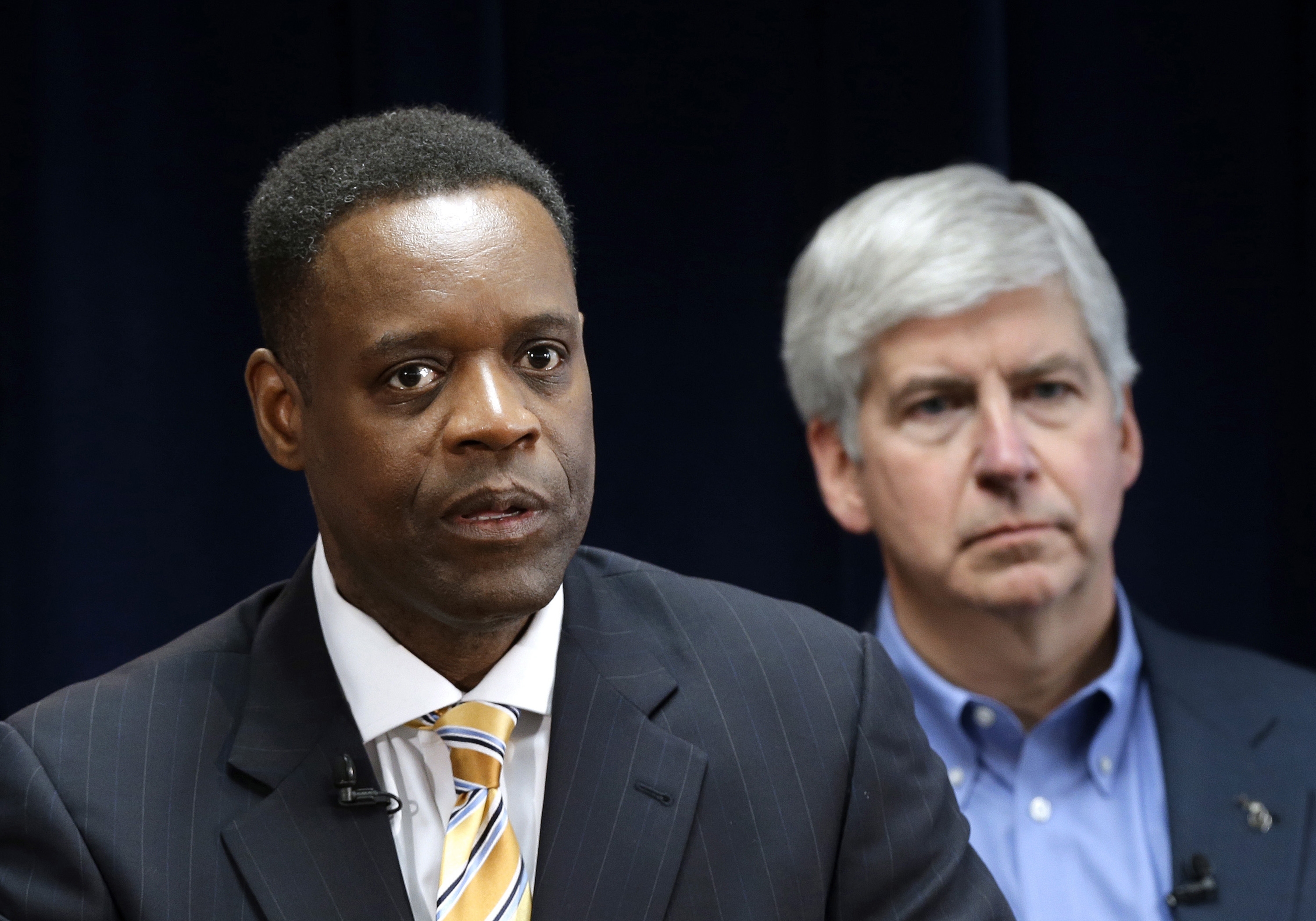 DETROIT Detroit is broke and faces a bleak future given the precarious financial path it's on, according to a new report out by the city's state-appointed emergency manager.

The report was released late Sunday by bankruptcy attorney Kevyn Orr and is his first on Detroit's finances since officially taking the job in March.

Under state law, the report was due within 45 days of Michigan's newest emergency manager law taking effect. Orr's spokesman Bill Nowling had warned last week that the report was an early look at Detroit's fiscal condition and would not be glowing.

The summation is the latest blow to the city which came under state oversight in March when Gov. Rick Snyder selected Orr to handle Detroit's finances. Then, the city estimated its budget deficit to be about $327 million. Detroit also has struggled over the past year with cash flow, relying on bond money held by the state to pay some of its bills.

But Orr reports that Detroit's net cash position was negative $162 million as of April 26 and that the projected budget deficit is expected to reach $386 million in less than two months.

He also warns that the city's financial health might change as more data is collected and analyzed.

"What is clear, however, is that continuing along the current path is an ill-advised and unacceptable course of action if the city is to be put on the path to a sustainable future."

Detroit is the largest city in the country under state control and the city's wallet is now Orr's to command. He dictates how Detroit spends its money, something that had been the responsibility of first-term Mayor Dave Bing and the nine-member City Council.

The Associated Press was unable early Monday to reach Bing's office for comment on the report.

"The city's operations have become dysfunctional and wasteful after years of budgetary restrictions, mismanagement, crippling operational practices and, in some cases, indifference or corruption," Orr wrote. "Outdated policies, work practices, procedures and systems must be improved consistent with best practices of 21st century government. A well run city will promote cost savings and better customer service and will encourage private investment and a return of residents."

The report also looked at attempts officials have made to fix problems.

"Recently, tens of millions of dollars of pension funding and other payments have been deferred to manage a severe liquidity crisis at the City," Orr wrote in the report. "Even with these deferrals, the City has operated at a significant and increasing deficit. It is expected that the City will end this fiscal year with approximately $125 million in accumulated deferred obligations and a precariously low cash position."

The city also owes more than $400 million in outstanding obligations, including $124 million used to provide funds for public improvement projects.

It's highly likely he will seek concessions from the city's labor unions. At least five unions representing police and firefighters are seeking arbitration in collective bargaining with the city.

Detroit lacks, but is developing a "comprehensive labor strategy for managing" its relationships with its unions, according to Orr.

The emergency manager law gives Orr the authority to "reject, modify or terminate" collective bargaining agreements and concessions will be sought, he wrote in the report.

"This power will be exercised, if necessary or desirable, with the knowledge and understanding that many city employees already have absorbed wage and benefit reductions," he wrote.

When taking the job, Orr said he hoped to avoid a municipal bankruptcy filing, but didn't rule one out if Detroit can't reach agreements with its many creditors and bond holders.

"And realistically, what I see this as, if and when they have to file for bankruptcy, this fits in very neatly to that," bankruptcy expert Doug Bernstein told the Detroit Free Press for a story Sunday.

Bernstein is managing partner of the Banking, Bankruptcy and Creditors' Rights Practice Group for the Michigan-based Plunkett Cooney law firm.

"You're going to see a document that looks very much like this," he said of Orr's report. "This is the framework for it if you ever get that far."

The report also notes the instability in leadership atop the city's police department. Detroit has had five different police chiefs over the past five years with varying plans on how to best handle the city's high crime rate.

"As a result, (the department's) efficiency, effectiveness and employee morale are extremely low," Orr wrote. "Based on recent reviews ... and input from the Michigan State Police and other law enforcement agencies, it is clear that improvements in DPD's operations and performance could be achieved through the strategic redeployment of resources, civilianization of administrative functions, other labor efficiencies and revenue enhancements."

The department also could benefit from more and better technology, equipment, police cars and personnel.