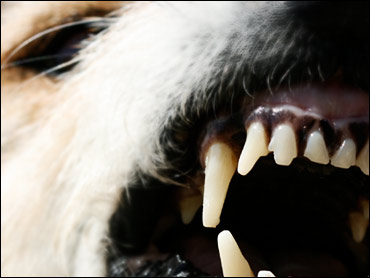 DETROIT -- CBS Detroit reports that man responsible for a pack of dogs that dragged a 4-year-old Detroit boy away from his mother and killed him last week has been charged with second-degree murder.

According to the station, prosecutors announced Monday that Geneke Lyons, 41, was charged with second-degree murder, manslaughter and possessing a dangerous animal, causing death.

Prosecutor Kym Worthy said in a media release that it was "a gross understatement to say that this case is harrowing example of irresponsible pet ownership" and that "these dogs saw this child as meal," the station reported.

Xavier Strickland was walking with his mother last week when they were attacked by pit bulls that police had to shoot in order to free the boy. He was rushed to a hospital but died of his injuries.

Three of the dogs were killed by police following the attack, according to the station. A fourth was seized and later put to sleep.

Xavier's parents have also filed a civil lawsuit against Lyons in Wayne County Circuit Court. They claim the dogs were a known danger in the neighborhood, but Lyons failed to keep the community safe from them, according to the station.

"We get calls every day at our office about injuries caused by dogs with dangerous owners," the station reported attorney Mark Bernstein said. "But this affects our region more profoundly -- it's the death of a child."

Lyons was due in court Monday and unavailable for comment.

No lawyer was immediately listed for him.