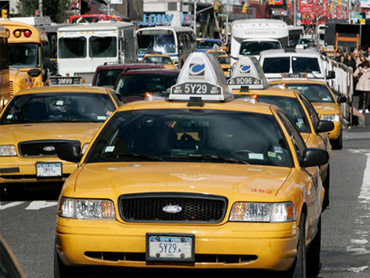 (CBS) - A Detroit cabdriver used his own car as a temporary jail cell after he was shot in the back by a passenger.

After being shot Wednesday night on city's east side, the cabdriver managed to lock the gunman in the cab and flagged down police officers, reports the Detroit Free Press.

Officers said they found a rifle in the backseat and arrested the passenger, whose motive was unclear.

The suspect, 41, was being held pending charges. The cabbie, who's 43, was in critical condition at an area hospital but was expected to survive multiple bullet wounds, reports the Free Press.