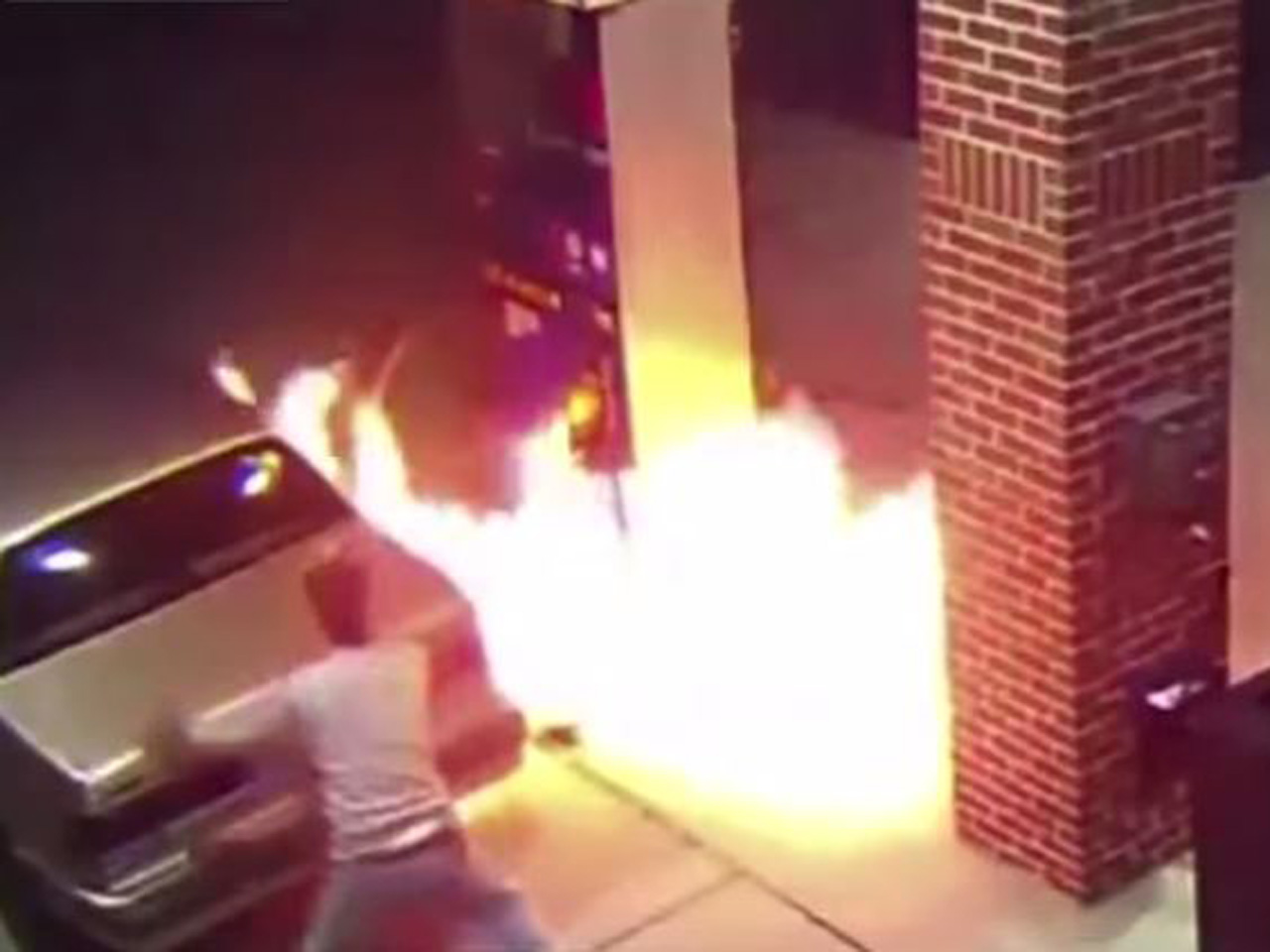 CENTER LINE, Mich. - Many people hate spiders. Sometimes they freak out, scream, and if they're feeling ever so brave enough, they reach out and smash them. But rarely do you ever see someone reach for fire to get rid of a spider -- let alone when that spider is crawling on a vehicle at a gas station -- you know, a place surrounded by flammable substances.

That's until now, when one man's fear of spiders got him into some real heat.

It happened earlier this week at the Mobile gas station in Center Line. A man pulled into the gas station, hooked his car up to the pump and was filling up his tank when he noticed a spider on his car, reports CBS Detroit.

"That's when he pulled the lighter out of his pocket and lit it and started the fire," said station clerk Susan Adams, who was behind the cash register at the time.

The fire burst from the man's gas tank and spread to the nearby pump. As Adams hit the emergency pump shut-off and called the fire department, the man pulled his vehicle out-of-the-way but he didn't run from the melee he just caused, he sprung into action.

The flames were out by the time the fire department arrived on the scene and no one was injured. But when Adams tried to find out what happened, the man wasn't exactly truthful.

"It shocked me because it was like, 'So how did it catch on fire,'" said Adams. "And when I asked him after everything was done, I'm like 'Well, I know you wasn't smoking and you wasn't on the phone.' So he's like, 'Well I have static in my car.' So, I took it as that because when you have static you're supposed to get out the car and wipe your hands on your car."

After being questioned by fire investigators though, the man cracked and admitted his 8-legged mistake.

"I didn't find out until later that he seen a spider and tried to burn it," said Adams. "Which, the spider did get burned but nothing happened to his car."

One of the gas pumps was badly damaged but insurance is expected to cover the cost of repairs. At this time no charges have been filed against the motorist, who has since returned to the gas station. He apologized to Adams, saying he's deathly afraid of spiders.