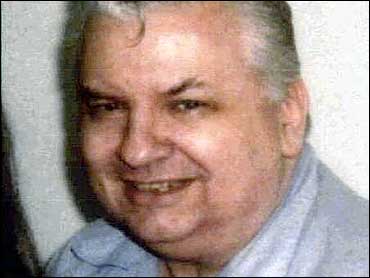 (CBS/AP) CHICAGO - More than 30 years after a collection of skeletal remains was found beneath serial killer John Wayne Gacy's house, detectives have secretly exhumed bones of eight young men who were never identified in hopes of figuring out who exactly they were.

The Cook County Sheriff's Department says DNA testing could solve the mystery and they are asking for the public's help in identifying the victims.

Investigators are urging relatives of anyone who disappeared between 1970 and Gacy's 1978 arrest, and has never been accounted for, to undergo saliva tests to compare their DNA with that of the skeletal remains.

Due to Gacy's highly publicized homosexuality and pattern of preying on vulnerable teens, detectives believe the passage of time might actually work in their favor.

"I'm hoping the stigma has lessened, that people can put family disagreements and biases against sexual orientation (and) drug use behind them to give these victims a name," Detective Jason Moran said in one of several interviews he and others in the sheriff's office gave to the Associated Press before the department disclosed the exhumations publicly.

Gacy, who is remembered as one of history's most bizarre killers largely because of his work as an amateur clown, was convicted of murdering 33 young men, sometimes luring them to his Chicago-area home for sex by impersonating a police officer or promising them construction work. He stabbed one and strangled the others between 1972 and 1978. Most were buried in a crawl space under his home. Four others were dumped in a river. He was executed in 1994.

Just days ago, a judge granted a request to exhume one victim whose mother doubted the medical examiner's conclusion that her son's remains were found under Gacy's house. Sheriff Tom Dart said other families have the same need for certainty.

He also said he doubts that all eight victims will be identified. But he is confident that the office will finally be able to give some of them back their names.

"I'd be shocked if we don't get a handful," Dart said. "The technology is so precise."