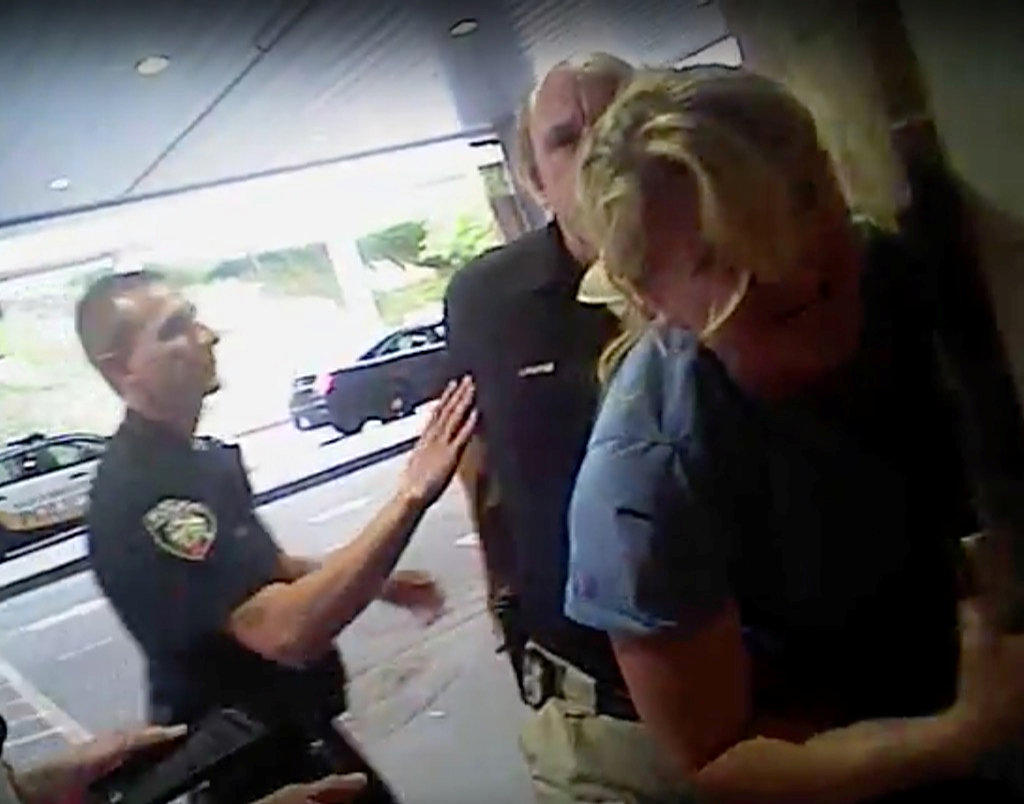 SALT LAKE CITY -- A Utah police officer was fired Tuesday after being seen on video roughly handcuffing a nurse because she refused to allow a blood draw in an incident that became a flashpoint in the national conversation about use of force.

Brown said in a disciplinary letter that he was "deeply troubled" by Payne's conduct, which he described as "inappropriate, unreasonable, unwarranted, discourteous, disrespectful" and said brought "significant disrepute" on the department.

"You demonstrated extremely poor professional judgment (especially for an officer with 27 years of experience), which calls into question your ability to effectively serve the public and the department," Brown wrote.

Attorney Greg Skordas, who represents Payne, said his client plans to appeal a firing he considers unfair and over the top. Skordas said Payne would still be employed if the body camera footage hadn't generated so much attention and blown the events out of proportion.

"I think that the city and the police department were under a lot of pressure -- public pressure, media pressure -- to do something this severe," Skordas told the station.

Tracy made an impulsive decision in ordering Payne to arrest Wubbels without first taking time to understand the facts of the situation and the law, Brown wrote in his disciplinary letter.

He said the order created chaos and unnecessarily escalated the situation.

"Your lack of judgment and leadership in this matter is unacceptable, and as a result, I no longer believe that you can retain a leadership position in the department," Brown said.

The letter said Wubbels told investigators that Tracy minimized her concerns, intimidated and lectured her, and made her feel like she was to blame for the events.

The Associated Press obtained the disciplinary letters for Payne and Tracy through a public records request.

Wubbels' attorney, Karra Porter, said they are pleased that Brown took action and recognized that the officers made crucial mistakes that have eroded public trust. Porter said she hopes the events are a catalyst to more public conversations about appropriate police behavior.

The case shows the vital importance of officers wearing body cameras and making those videos available to the public, Porter said.

Asked about a potential lawsuit, Porter said she expects to meet soon with city officials to discuss next steps that could include settlement talks.

The officers have five business days to appeal the decisions by the chief.

The case received widespread attention after police body-camera video was released by Wubbels and her lawyer in late August.

The video showed her explaining that hospital policy required a warrant or formal consent to draw blood from the patient who had been injured in a car crash.

The patient wasn't suspected of wrongdoing. He was an off-duty reserve Idaho police officer driving a semitrailer when he was hit by a man fleeing police in a pickup truck.

Payne nevertheless insisted on the blood draw, saying the evidence would protect the man.

Payne told Wubbels his supervisor said he should arrest her if she didn't allow the draw. Wubbels was later freed from the handcuffs and has not been charged.

Both officers were investigated and placed on paid administrative leave after the video became public. Salt Lake City police apologized and changed their policies.

Prosecutors, meanwhile, opened a criminal investigation into the arrest and asked the FBI to determine if there were any civil rights violations.

Payne was also fired from a part-time job as a paramedic after he was caught on camera saying he'd take transient patients to the University of Utah hospital where Wubbels worked and transport "good patients" elsewhere.

Payne had previously been disciplined in 2013 after internal-affairs investigators confirmed that he sexually harassed a female co-worker in a "persistent and severe" way.

His tenure also brought commendations for solving burglary cases and being shot in the shoulder during a traffic stop in 1998.