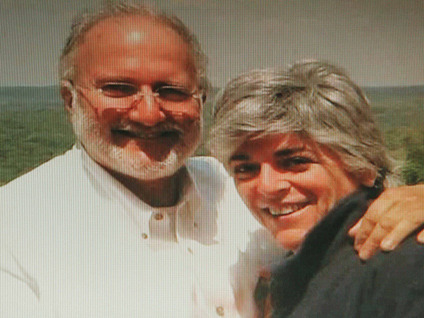 The case of Alan Gross, an American contractor imprisoned for more than six months in Cuba on suspicion of espionage, is expected to torpedo today's round of migration talks between Washington and Havana.

The latest round of talks — the third since President Obama took office — should monitor compliance with the 16-year accord intended to maintain orderly migration from Cuba to the United States. Other issues on the table include a U.S. request for restrictions on diplomatic travel in the respective countries to be lifted; and Cuba wants to increase the number of persons on its consular staff in the U.S.

However, after meeting with Gross wife and other family members on Thursday, Secretary of State Hillary Clinton renewed calls for the contractor's release. Clinton said U.S. officials would raise his case during today's talks in Washington, and tell the Cubans attending that his release would help improve bilateral relations.

"We will underscore that the continued detention of Alan Gross is harming U.S.-Cuba relations," she said in a statement released after her meeting.

Gross' detention upset the second round of migration talks last February in Havana. The talks were further undermined when the U.S. delegation met with Cuban dissidents at Farrar's residence, provoking a sharp reaction from the Cuban Government.

Gross is accused of providing prohibited satellite communications equipment (known as a B-gan) to Cuban dissidents. U.S. officials have said he was only providing Internet access to Jewish groups, but admit that Gross was employed by a U.S.-funded program to promote democracy on the island. The head of the Jewish community in Havana, Adela Dworin, denies any knowledge of Gross and says that recognized international Jewish organizations have provided them with legal Internet connections.

In a press conference this week, Cuban Foreign Minister Bruno Rodriguez said Gross was arrested for "committing grave crimes in our country at the service of the subversive policy of the United States against Cuba." He indicated that Gross was still under investigation and that his legal status was in strict conformity "with Cuban legal procedures." U.S. consular officials have had repeated access to him, and he was offered legal representation and allowed to speak with his family, said Rodriguez.

The migration talks began after the two countries hammered out an accord to end the 1994 mass exodus by rafters. Under the accord, Washington agreed to issue 20,000 visas annually for Cubans to migrate to the U.S.

President George W. Bush unilaterally cancelled these talks in 2004, but they were resumed by the Obama administration, along with its lifting of severe restrictions on Cuban-Americans' travel to the island.

In a recent informal conversation with CBS News, the head of the U.S. Interests Section in Havana, Jonathan Farrar, expressed satisfaction with the fact that not only is the U.S. issuing these visas but that the number of temporary visas being issued was up, from 9,000 in 2008 to 20,000 in 2009.

Another thorny issue that has come up repeatedly in these talks is Cuba's demand that Washington abolish its "wet foot, dry foot" policy that gives preferential treatment to any Cuban who makes it illegally to U.S. soil. The Cubans charge that this law encourages people to undertake the dangerous voyage across the Florida Straits in flimsy crafts. However, the law has strong support among the Cuban-American community in Miami and can be expected to remain a sticking point in negotiations.