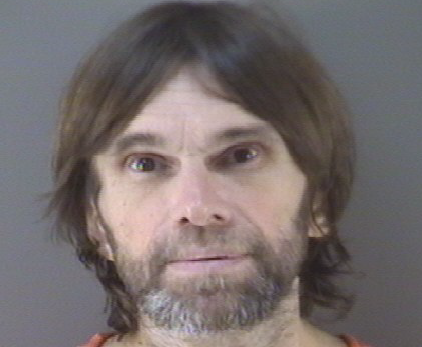 It's been over a year since the United States Postal Inspection Service (USPIS) starting tracking him, but on July 18, a man known as John Doe was finally taken into custody.

John Doe, who authorities say is addicted to pain killers, has allegedly been hitchhiking across the country for the past four years under different names and admitting himself to as many as five hospitals per week to receive prescription medication. He was arrested in Maine last Friday after Fort Kent police arrived at a hospital regarding a disturbance.

"He gave us two different names and had no identification on him," said Fort Kent Police Chief Thomas Pelletier. "While doing a computer check on the name he had given us, there was a hit by the U.S. Postal Inspection on that name and date of birth."

Police were able to verify that Doe had similar incidences at other hospitals and alerted postal inspectors, who picked him up on a federal warrant. Doe, whose true identity is unknown, would provide false names and addresses to avoid paying for his medical treatment at hospitals.

"The US Postal Service collected over 3,500 bills as undelivered from 490 different hospitals," said USPIS spokesperson Donna Harris. "He owes over $800,000 worth of medical bills and it still could be anything up to $3 million."

After complaining of pain, Doe would often receive X-Rays, MRIs, or even go into surgery to remove objects he intentionally placed in his body to cause pain, giving him the medical attention he wanted and the prescription painkillers to feed his addiction. According to the Center for Disease Control, health care providers wrote 259 million prescriptions for painkillers in 2012, enough for every American adult to have a bottle of pills.

The USPIS said Doe grew hostile if hospital workers didn't give him painkillers or questioned his identity.

"Doe would often become combative and violent towards hospital staff and potentially dangerous," Harris said. "This caused several hospitals to call the local police to remove Doe from the hospital and resulted in several local arrests."

Hospitals from several states reaching from Maine to Texas are looking for payment from Doe, who appeared at the Southern District of New York court in White Plains this morning. He has been charged with one count of mail fraud and one count of theft in connection to healthcare.