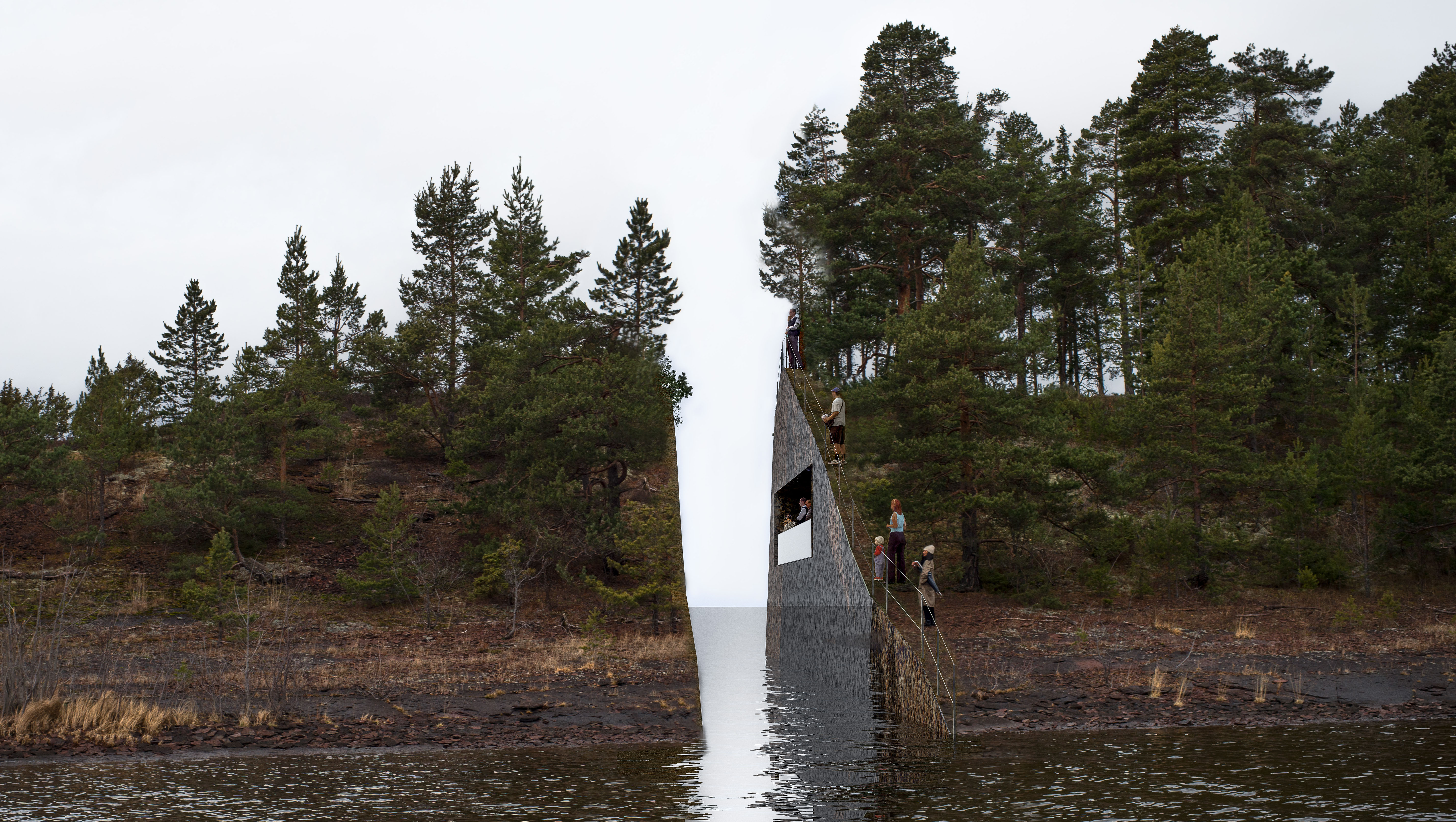 It's called "Memory Wound" - a sharp gash in the landscape to symbolize the scar left on Norway's soul by the slaughter wrought by a right-wing extremist.

On July 22, 2011, a car bomb left by Anders Behring Breivik exploded outside government offices in central Oslo, killing eight people. Breivik then made his way to the picturesque island of Utoya, where the Labor Party was holding its annual youth camp for teens and young adults. There, he went on a shooting rampage, killing another 69 people. Hundreds of others were wounded in the twin attacks.

A panel of experts announced Thursday that three designs by Swedish artist Jonas Dahlberg had been chosen as the official memorials to the victims.

The first, titled "Memory Wound," will be carved out of the peninsula of Sorbraten, which juts out into Tyrifjorden lake toward the island of Utoya.

Dahlberg plans call for cutting a 1,000-cubic-meter slice out of the land, leaving a permanent gash in the landscape, according to TheLocal.no, a website offering Norwegian news in English. The headland of the memorial will be engraved with names of the victims.

The earth and rock removed during the excavation will be used to build a temporary memorial walk at the site of the Oslo bombing. It will later be used to build a permanent amphitheater to be called "Time and Movement," TheLocal.no said.

Dahlberg's designs were chosen from 300 proposals by artists from 46 countries. The panel said it was moved by Dahlberg's "radical and courageous" design.

"The jury perceives Dahl's proposal for Sorbraten as artistically very original and interesting," it said. "It is able to communicate and confront the trauma and loss that occurred after 22 July in a bold way."

In his proposal, Dahlberg said the Sorbraten installation was meant to be "a cut within nature reflecting the physical and emotional experience of abrupt and permanent loss."