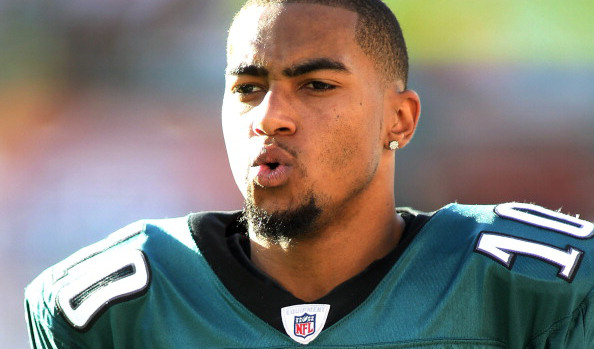 PHILADELPHIA - Eagles receiver DeSean Jackson is offering a $50,000 reward for information leading to a conviction in the burglary of his Philadelphia home. A statement from a spokeswoman for the Philadelphia receiver said Sunday the burglary happened while Jackson was out of town on vacation sometime between January 6 and January 10, according to CBS Sports.

Police say at least $250,000 in cash and jewelry was taken from the home, along with a handgun. Jackson's statement says a small amount of money was taken and stolen items make up the bulk of the loss.

The statement says Jackson is upset about the break-in but confident police will find those responsible.

Jackson was the Eagles' leading receiver this season with 82 catches for 1,332 yards and nine touchdowns. He signed a five-year, $51 million contract before the 2012 season.