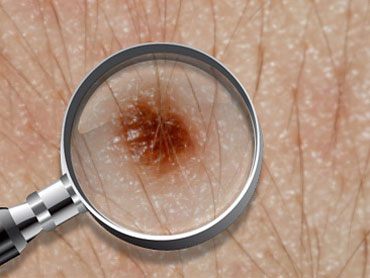 (CBS) Got eczema? You may be at increased risk for skin cancer and other malignancies, a new study suggests.

The study linked a form of eczema known as atopic dermatitis to an increased risk for cancers including skin cancer and lymphoma. But it's unclear whether the extra risk comes from the condition itself, or maybe from the medications used to treat it.

Atopic dermatitis is a skin condition marked by extremely itchy, inflamed skin. It affects 10 to 20 percent of infants and young children and up to 3 percent of adults, according to the National Institute of Arthritis and Musculoskeletal and Skin Diseases.

It's been theorized that people with the condition might face an increased risk for cancer. To find out, scientists led by Dr. Alejandro Arana, of the Bridgewater, N.J.-based company Risk Management Resources, analyzed the medical records of about 4.5 million people in the U.K.

Overall, people with atopic dermatitis were less likely to get cancer. But the majority of dermatitis cases occur in chidlren, so researchers filtered their findings for age.

They then found that people with the skin condition were about 50 percent more likely to be diagnosed with some kind of cancer than other people their age.

It's possible that the increased risk is caused by the medications used to treat atopic dermatitis. In 2005, the FDA issued an advisory that two of these medications, Elidel and Protopic, might carry a cancer risk, Reuters reported.

"We cannot establish a cause and effect relationship from one study alone," Arana told Reuters Health. "Each study should be seen as a brick in the wall of knowledge."

The study was published in the British Journal of Dermatology.
View CBS News In
CBS News App Open
Chrome Safari Continue
Be the first to know
Get browser notifications for breaking news, live events, and exclusive reporting.