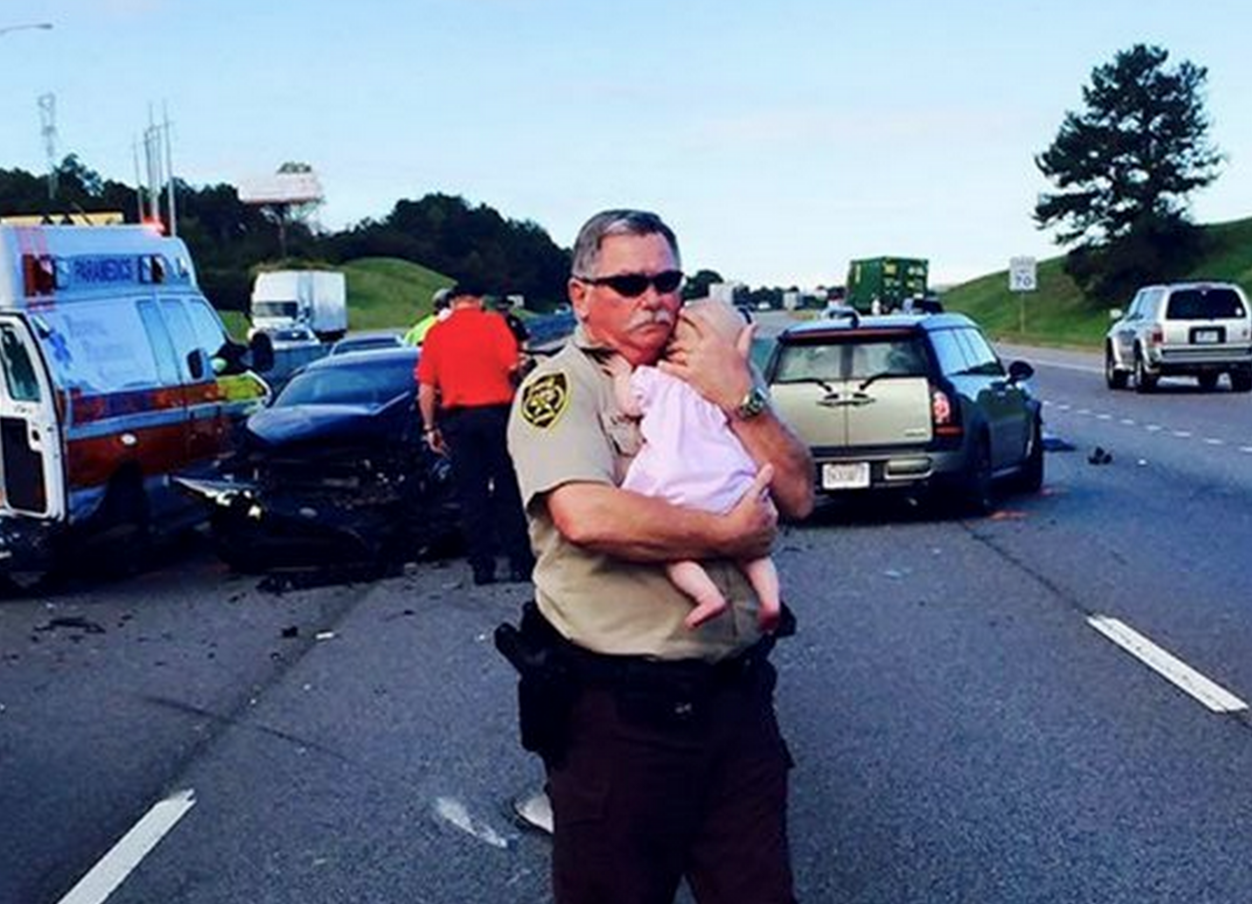 When Jefferson County Sheriff's Deputy Ric Lindley arrived on the scene of a traffic accident, his highway safety training kicked in.

But when he saw a woman and baby were involved, his instincts as a father -- and a grandfather -- took over.

He immediately walked over to the car on I-20 near Leeds, Alabama, to check on the mother and her child.

"The lady was scared and holding her baby," Sgt. Jack Self said. "He asked her if he could hold her baby; she said 'yes.'"

As soon as Lindley cradled the infant, the mother started to feel calm.

Self said Lindley told him about the incident afterward: "He said, 'I didn't do anything; it's nothing that any other deputy or father or grandfather wouldn't do."

A photograph snapped by Lindley's partner shows him with his hands supporting the baby in pink's head, walking away from the debris on the highway.

The picture was later posted on the department's Facebook page and was shared nearly 5,000 times.

Hundreds of people commented, praising the deputy for his act of kindness.

"Thank you deputy," one user commented. "That baby needed you and you were there."

"This picture shows that this officer did choose to serve," another said.

Self said he hopes people realize that police officers are "husbands, wives, fathers and grandfathers -- we're human beings too.

In fact, Lindley's day-to-day duties don't generally include arriving on scene of crashes, Self said. You could say he was at the right place at the right time.

At the end of the day, it doesn't matter if it's part of the job description or not, Self explained, "We're out there to do good and make a difference."