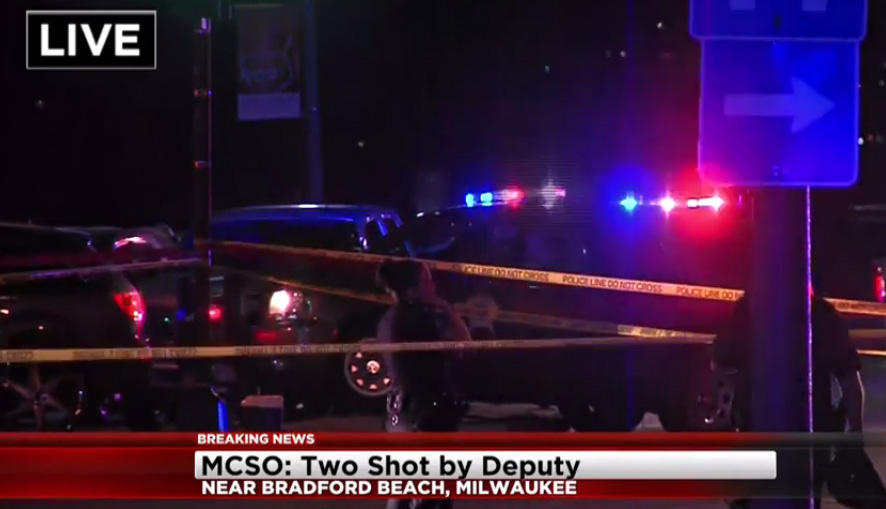 A police chase ended near Milwaukee's lakefront with deputies firing several rounds at the SUV they were pursuing, reports CBS Milwaukee affiliate WDJT-TV.

It was caught on video.

Milwaukee Fire told the station it took two people to the hospital with gunshot wounds.

The Milwaukee County Medical Examiner tells WDJT it hasn't been called to either Bradford Beach or any hospital in the area in the past few hours, indicating the shooting wasn't fatal.

The shooting happened near the intersection of Lincoln Memorial Drive and East Water Tower Road.

Witnesses told the station sheriff's deputies were chasing a car when they fired shots at it, hitting two people.