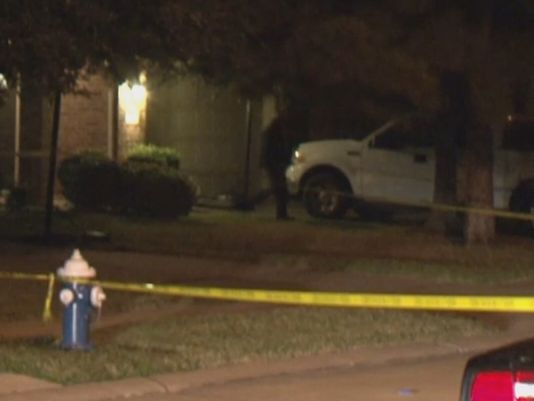 FORT BEND COUNTY, TEXAS -- The suspected gunman in a double shooting that left one man dead and a woman injured later took his own life, reports CBS affiliate KHOU.

The shooting reportedly took place at a home near Katy, approximately 30 miles west of Houston. Neighbors called police around 9 p.m. Monday after they heard gunshots, according to the station.

Fort Bend County deputies say they arrived to find a woman seriously injured and a man dead at the back of the house. Three young children were found inside unharmed and were safely evacuated, according to KHOU.

The suspected gunman was seen in the neighborhood, but disappeared through a backyard, according to deputies. A SWAT team was called in after more gunshots were heard and authorities stayed on the scene for several hours, reports the station.

At 5 a.m. on Tuesday, the SWAT team tracked down the suspected shooter near the garage of another home. Ignoring their commands, the suspect then allegedly killed himself.

Deputies would not comment on a possible motive for the crime. The names of those involved have not been released, reports KHOU.