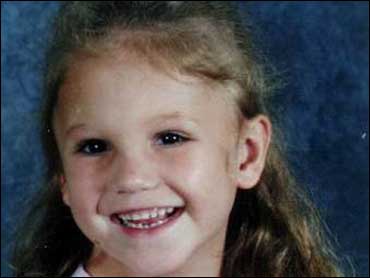 A Florida Amber Alert was issued for Haleigh Cummings of Satsuma, about 70 miles north of Orlando. The girl was last seen Monday night when she went to bed.

Investigators with the Putnam County Sheriff's Office said it was not clear if Haleigh was abducted or wandered out into the rural neighborhood that borders the river. They said the mobile home where she lives had no signs of forced entry, but a back door was open.

Haleigh's father told investigators the blond girl was missing when he returned home from work around 3 a.m. Tuesday. Ronald Cummings said his girlfriend was awake and frantic that Haleigh was missing from her bed.

"I just got home from work and my 5-year-old daughter is gone," Ronald Cummings told a dispatcher on a 911 call. "If I find whoever has my daughter before you all do, I'm killing them. I don't care if I spend the rest of my life in prison."

Officers from local, state and federal agencies and K-9 teams scoured the neighborhood. Check points were set up at the entrance to the neighborhood to search departing vehicles. Two dive teams explored the St. Johns River. Neighbors and family members also were being interviewed by detectives.

The girl's disappearance has not been classified as an abduction, although detectives were treating it as one to cover all their bases, said Lt. Johnny Greenwood, a spokesman for the sheriff's office.

"We're currently working both angles - did she wander off, we're working it that way with the searches," Greenwood said. "And investigators are doing interviews in case it is an abduction."