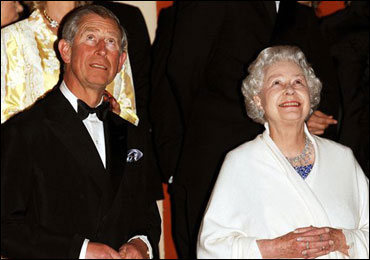 The undermanned Orlando Magic still had enough in reserve to beat the New York Knicks.

Chucky Atkins tied his career-high with 22 points as Orlando's backups scored 60 points in the Magic's 98-77 victory over the Knicks on Tuesday night.

The Magic, who lost Monday night to Phoenix, played with only nine healthy players, having traded Tariq Abdul-Wahad and Chris Gatling to Denver earlier in the day for Ron Mercer, Chauncey Billups and Johnny Taylor.

"We knew we only had nine guys, but that doesn't change the intensity we came here with," Magic coach Doc Rivers said. "We played a tough game last night, got here at 3 a.m. with nine guys and just played hard all night."

Despite missing its second- and third-leading scorers, Orlando took control of the game early and didn't tire down the stretch.

The Knicks, coming off their highest scoring game of the season, a 120-111 victory over Sacramento on Sunday, had only 10 points in the first quarter their lowest output of the season.

"Either you are prepared to play or you're not, and obviously tonight we weren't," Knicks coach Jeff Van Gundy said. "I haven't been able to convince them of the importance of playing every night. That's my fault."

Atkins and the reserves took over in the second quarter, as the backup point guard scored 11 points in the period, including seven in a 12-2 run to end the half. He beat the Knicks down court for coast-to-coast layups and set up Michael Doleac for open jumpers.

Doleac had 10 of his 14 oints in the quarter and the Magic reserves scored 29 of the team's 33 points. Monty Williams finished with 14 points and Pat Garrity added 10.

"When Chucky gets rolling like that, we're tough to stop," Williams said. "Our bench has been the strength of our team. When we scrimmage in practice, it's hard to tell who the starters are."

The Knicks, who complained before the game about having only one player on the All-Star team, played a game befitting a team with no All-Stars.

"There was a lot of talk about the All-Star game," said Allan Houston, who was picked earlier in the day as an All-Star for the first time in his career. "It's hard to blame the loss on that. We have four games until the break, and we have to take advantage of the position we're in."

Houston had 12 points, and Latrell Sprewell, snubbed by the Eastern Conference coaches, finished with eight.

"We threw a whole different game plan at them this time," Atkins said. "We limited Houston's and Sprewell's touches and threw them off their game."

The Knicks played little defense, allowing the Magic open shots and drives to the basket, and shot only 40 percent. The Madison Square Garden fans booed the Knicks off the court at halftime after Patrick Ewing dropped an easy pass from Charlie Ward for a turnover late in the second quarter.

New York didn't score for the first 3:49 and Johnson was the only Knicks player to hit a shot until Sprewell's 3-pointer with 2:37 remaining. Orlando scored 11 straight at one point in the quarter and led 20-10 after one.

"It was probably one of our best efforts of the season," Bo Outlaw said. "Just because we only had nine players, doesn't mean we weren't going to play."

It took only 2:28 into the second quarter for the Knicks to match their first quarter scoring, but New York still trailed 53-38 at the half.

The Knicks didn't cut the deficit down to single digits at all in the second half.